The’Big Bang’ isn’t Quite What We Thought it Was. 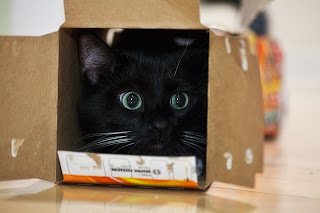 I’ve been struggling with a book on the latest theories in physics, the Higgs particle, quantum gravity and scalar fields. At which point your eyes may glaze over and I would quite understand.

For me, at least, it’s fascinating, if only because our view of the universe has changed so dramatically in my own lifetime and even more so over the last decade.

But understanding how it all fits together is a challenge; particularly when like me, you might have been tipped as the student most likely to become a Jesuit rather than a physicist.

Today is the most beautiful of summer’s days and the first time in a year, that I’ve found a moment to drag my kayak the hundred metres or more down to the sea and enjoy a moment of contemplation, bobbing-up and down in the bay, here on the North Kent coast.

The tide is in and there’s a brisk offshore breeze, with a late afternoon Sun creating a shimmering pathway on the water towards the West and the Isle of Sheppey.

So there I was, several hundred yards out to sea and paddling, while at the same time, attempting to reconcile all this new information about ‘The Big Bang’ not being what we once it believed to be and I had a flash of insight; an analogy which I think helps me understand something very complex indeed with a small thought experiment.

The sea isn’t calm, its surface is disturbed by the tide and breeze into an infinite number of small eddies with their own peaks and troughs. Facing into the low Sun, these have a golden energy; a constant movement in what looks like an infinite surface, from my position in the kayak, looking around me.

So instead of a single, violent ‘Big Bang’ with the universe expanding exponentially in the first Planck second, We now have a theory that suggests something slower but with lots of ‘Big Bangs’ happening at every point in the universe as it accelerates out to a smooth infinity.

Sitting in the kayak looking a the turbulence of the ‘infinite’ flat surface of the sea, it occurred to me that here was an analogy. Each small peak and eddy was one of an infinite number of ‘Big Bangs’  expanding it’s own part of the universe and within it the energy state and conditions; even the fundamental constants and laws of nature, might be different to our own.

The breeze gently pushing my kayak is the tiny amount of vacuum energy, pushing everything in our universe apart, until one day, in our own local universe, billions of years into the future, the sky will be dark, with everything so far away, it’s light will never reach us. It’s estimated the edge of the observable, ‘Known universe’ is already 14 billion years old and about 48 billion light years across and accelerating away from us all the time.

So there you have it. I’ve seen another analogy; an infinite field of dandelions, one of which happens to be out local universe. It makes one feel rather small and insignificant but then again, if the physicists are right, then everything that can happen will happen in an infinite universe and so, maybe there’s another me typing this same weblog somewhere else?