The Nature of Nurture?

June 12, 2017
Recently, I found myself in a fascinating four-way Twitter exchange, with Professor Adam Rutherford and two other science-minded friends The subject, frequently regarded as a delicate one, genetics and whether there could exist an unknown but contributory genetic factor(s) or influences in determining what we broadly understand or misunderstand as human intelligence.

I won’t discuss this subject in any great detail here, being completely unqualified to do so, but I’ll point you at the document we were discussing, and Rutherford’s excellent new book, ‘A Brief History of Everyone.”

What had sparked my own interest was the story of my own grandfather, Edmond Greville; unless you are an expert on the history of French cinema, you are unlikely to have ever hear of him but he still enjoys an almost cult-like following for his work, half a century after his death.

I've been enjoying the series "Genius" on National Geographic about the life of Albert Einstein. The four of us had been discussing on Twitter, a paper which described the A-bomb, Manhattan Project, as a ‘Hungarian School Project,’ principally because several of the leading physicist at the time were Jewish Ashkenazim. These included Manhattan Project founder Leo Szilard, H-bomb creator Edward Teller, Nobel-Prize-winning quantum physicist Eugene Wigner, and legendary polymath John von Neumann, namesake of the List Of Things Named After John Von Neumann.

Quite recently, I had my own family and my mother’s genome sequenced, with the www.23andme .com genetic testing service and this revealed a surprise. My grandfather, who we always believed was younger son of a devout Salvation Army family, turned-out to be Ashkenazim,  with some of my nearest cousins living in Russia, Ukraine and cities like Odessa.

My grandfather, Edmond T. Gréville was born on June 20, 1906 in Nice, as Edmond Greville Thonger.  almost exactly nine months after the terrible pogroms which took place in Russia and which reached a terrible peak in Odessa. 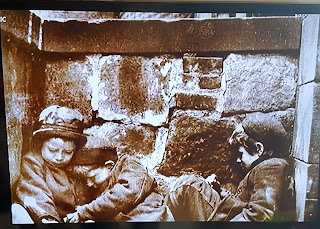 My great grandfather Richard, was a Salvation Army colonel from Birmingham, married to a French wife and they had been preaching their ministry in Nice that year, where they were associated with a local hospital.

It now appears, Edmond was adopted from that hospital and from there, the trail goes cold where his own parents are concerned but he became Edmond Greville Thonger and returned to Birmingham, where he dutifully  rattled his tambourine with his brothers and sisters at Salvation Army meetings around the country.

But Edmond was clearly very different indeed from his six siblings and this is what prompted the conversation with Professor Rutherford and others. As soon as he was old enough, he was off to France and the rest is cinema history

Quite possibly Edmond didn’t know his own history. Given his strict Protestant and relatively poor environment and upbringing  what made him  so very remarkable and so very talented or was this simply a blind expression of genetic chance; it’s a mystery. But when one considers that almost a quarter of Nobel prizes for maths and physics have gone to recipients of Ashkenazi heritage, I'm as puzzled as Richard Dawkins,  and hence the interesting discussion about the Manhattan Project and the ‘Hungarian School Science Project.’

I would say there’s nothing here which is any part evidenced,, simply interesting; i.e. 'correlation does not imply causation' but as we learn more about genetics and epigenetics and the data set of our personal genetic information expands almost exponentially, we are going to learning much more about the differences between nature and nurture very soon.

As for me, I’m just fascinated by the mystery of my grandfather, how he achieved what he did in such unusual and unique circumstances and equally grateful to Adam Rutherford for his considered answers and guidance  to the questions I posed on Twitter.

Do read his book.