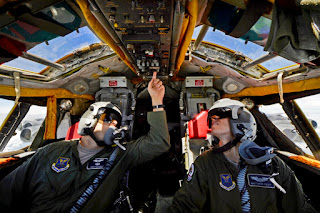 "Nothing to worry about sir,” he said. “I’m calling from the Metropolitan Police."

Having quickly dismissed the idea that a glass of whiskey and Twitter had got the better of me last night, I guessed what it might be about  as I had applied for for the airspace over Westminster, one day this month, for one of our national broadcasters and invariably, Special Branch will call-up to make sure I’m not more of a suspicious character than I’ve proved to be already.

On this occasion, the police officer told me he has a bit of a problem with my application. This was a consequence of it falling on the same day as the State opening of Parliament and the inconvenient fact that Her Majesty, the Queen, would be arriving at the very moment I had planned to, hauling a banner between the bridges for a new TV production.

‘I quite understand,’ I said. “I’m happy to authorise the next day,” he replied. “Unfortunately that won’t work for the producer,” I added, and we parted company the best of friends, or at least quite close.

London, as you might expect, is a very sensitive area and I’m the only person who does my particular job with a twin-engine aircraft over the City. Heathrow and the police have lost their early suspicion that I might suddenly be radicalised on the route in from Alexandra Palace to Westminster or Wembley and so they pretty much let me get on with what I have to do uninterrupted, while keeping a firm radar eye on me.

Meanwhile, today, I had hoped to finish-off of one of the three technology and futurist-related presentations I have coming-up over the next two weeks but spent the day mostly on the phone, organising a Trades Union-driven,  Labour Party air-power campaign on the 8th of June around the north-east and North-west of the country. 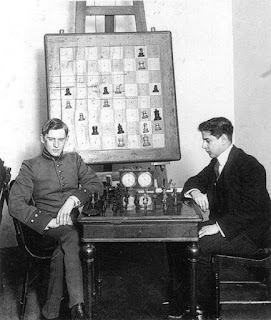 Once again at an election and much like the referendum last June, when I sat over Westminster for two days, Labour appears very much more organised in the third dimension than the Conservatives. And so once again, as a Conservative voter, I find myself flying the flag for Labour at yet another General Election. There’s a certain irony there.

Chess is one of my great passions. I was inspired by Bobby Fischer's epic game with Boris Spassky in Reykjavik and was once lucky enough to have dinner with Gary Kasparov and a mutual friend in London in 2001. Today, I fell across a great article about Chess and Cuba, entitled "The Ghost of Capablanca."  It's a fascinating read and with my wife presently decorating a small house in Havana, I'm rather caught by the atmosphere of it all.