Return of the Native

May 30, 2017
I had been writing for years. Features, magazine articles, this weblog and even a book, once upon a time and then I quite suddenly lost my muse, my urge, my Mojo or whatever you might choose to call it.

So, outside of Tweeting’ prolifically, this is my first attempt to climb back in the saddle; going somewhat ‘retro’ and low tech with my very simply but somewhat ‘cool’ - in a Bohemian sort of way; OK, pretentious, Freewriter.

Quite what I’ll write about, I really don’t know yet but it’s very likely to involve technology or science or a bit of both, which is what I mostly do these days, when the world isn’t trying to drag me into being a full-time pilot.

Should you look back to the very beginning of this weblog; 2002 I think, you’ll notice how much the world has changed. There was no Social Media to speak of, no Facebook, Google was a big search engine among several and Microsoft desperately wanted the world to ‘Trust’ its Windows operating system. Bad people were starting to do nasty things in cyberspace but everyone hoped that before too long, the Internet and the industry would have sorted-out it’s very many information security problems. How wrong they were.

Meanwhile, I was also doing interesting things with Mr Blair’s government, working with the Cabinet Office to try and deliver something called UK Online, which oddly enough began with the Fishing License and in a slow evolutionary process, gave us what we take for granted today in terms of accessing our Government services online.

Bringing my thoughts sharply back to the present, what interests me today are artificial intelligence (AI), algorithms, Big Data, machine learning and all the convergent technologies that are rapidly catapulting us into a somewhat uncertain future, rather too quickly for governments and organisations and of course people.

There’s another subject I’m trying to deal with at the moment and that’s what was once described as ‘PDA Attention Deficit Disorder,’ habituation or addiction to our smartphones and social media platforms.

In my own case, I recognize I’m now a victim of ‘Intermittent reinforcement’ like a rat or a pigeon in a ‘Skinner-box (After behavioral psychologist .B.F. Skinner - we were taught all about him at university.)

Every time I look at my smartphone, which is Lord knows home many times an hour, I’m like some poor pigeon being given a pellet of food as a reward for pressing a lever and I become a victim of my own dopamine receptors.

This needs to stop or at least come back under a semblance of reasonable control; one reason I’m using a distraction-free ‘Freewriter” on my lap with a large slug of Scotch and not a PC. Of course I’ll upload this finished draft to my ‘Blog’ when I’m finished but until then the only distraction is the dog, gently snoring with its back paws pressed into my leg on the sofa. 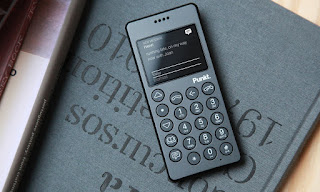 I’ve also ordered a basic phone in attempt to go ‘Cold Turkey,” for a while at least , wondering if I can be more productive by not having my smartphone with me every minute of the day and night, or at least until I need it for work?

I’m fortunate indeed, because I’m of a generation that’s old enough to remember going away on holiday and being out of contact with anyone until landing back at Heathrow or Gatwick. The airlines ran pretty much on time then too as the world’s population was half it is today.

Anyway, I’m starting to believe we’ve lost something important in our lives and it’s a topic I want to think a little more about in the weeks to come.

So there you have it. Nothing profound or exciting but a first stab at putting some words on a page and with it, an attempt to rediscover the discipline of writing all over again.