December 30, 2012
My daughter asked me recently why Governments can't just print more money to escape a recession. It's an astute question, because of course they do but call it 'quantitative easing' which brings the risk of inflation with it like a plague-infected flea on the back of a rat.

If you ask anyone in the street and many politicians, it's quite likely that they won't recall how we arrived at the mess we are now in, in the first place and it's all to do with Gold.

Until 1971, the quantity of dollars the US Government placed into circulation was linked to the amount of Gold held in the treasury at Fort Knox; remember James Bond and Mr Goldfinger? Most western governments worked the same way and this was called the 'Bretton Woods' standard and quite simply prevented governments, like our own, from printing currency when they wanted to.

However, in the irresistible race to make government larger, raise money for huge projects and to employ millions of hitherto unemployed people in the public sector, two things happened which led us to the dilemma we face today. 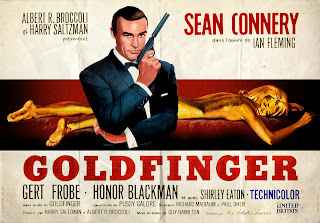 Firstly, government did what it had always done when it couldn't raise money to meet costs through direct taxation, it issued bonds. However, this rapidly became the equivalent of you or I paying for Xmas on our credit cards as old debts were recycled into new ones; almost identical to moving the balance from one big debt, to a new credit card with an introductory and attractive lower rate but over a greater period of time, so you pay more interest in the longer term.

But who pays you might ask and this is when it becomes very clever and explains why the banks are a vital part of our twisted economic ecosystem. The Government issues, let's say £1billion of bonds at 5% interest and sells these to the big banks; exchanging the paper IOU's for hard money the government can spend. The paper is quite worthless unless of course, the Bank of England or any other central bank, then prints the money, which it gives to the private banks in return for the IOU's with interest and this is what happens. If you tried this in the real world you might get arrested for fraud.

So far, so good you might think but the collapse of the Gold Standard removed any restraint on government printing as much money as it wished, with the spectre of the Weimar Republic in Germany in the 1930s, hovering in the background. This is where you and I pay for this conjuring trick, without realising it, because that's how we get inflation. Western government agree on their inflation targets each year to synchronise their currencies to prevent them becoming worthless over time; think of the Zimbabwe pound as an example of a currency outside the system.

Since 1971, the Pound has lost 90% of its value, in contrast with the Swiss Franc, which is still locked to the Gold their government holds in their Zurich vaults. This means that someone has to pay to pay for the interest each year, which is fundamentally what we call inflation, through a deliberate policy of allowing prices to rise to balance the decline in the value of the currency. And if everyone is in it together, the prospects of any one nation dropping-out of this poker game is rather too frightening to consider when countries like Greece and Spain can no longer pay the interest payments. 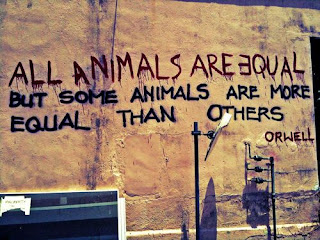 Lastly of course, the arrival of New Labour and in particular Prime Ministers Blair and Brown, intoduced an even cleverer conjuring trick to fund the runaway expansion of government. This was called 'PFI.' the public finance initiative. It is no different to a really impressive credit card but one with extended payment terms and which isn't controlled by the banks but by private business instead. So if you want to build new schools and hospitals, you do a twenty-five year deal with a big company at eye-watering levels of interest; think of Wonga.com.

You get get all the big projects which Government dreams about on credit, which convinces the voters that the government and in this case Labour, with its creative borrowing tricks going back to Harold Wilson, is wonderful with our taxes and great with its finances, mortgaged against future generations but our grandchildren are saddled with the debts. These hidden' off books' liabilities are estimated at being worth over 20% of or GDP or £11,330 of debt per household, in addition to the existing £32,000 of 'official debt' left to each home by the last government.

The political argument is a relatively simple one. Conservatives are naturally resistant to borrowing against an uncertain future and the taxes of future generations but this represents a central pillar of Labour's game. This works when economies grow in a predictable fashion and income tax revenues remain sensibly proportionate to expenditure but this hasn't happened for over twenty years now as western economies stagnate and there is little guarantee that future generations will have the economic strength to repay the interest on these huge loans, let alone the capital. This explains why the present government is trying so hard to bring the debt down so fast in such painful austerity measures.

"It had become usual to give Napoleon the credit for every successful achievement and every stroke of good fortune. You would often hear one hen remark to another, 'Under the guidance of our Leader, Comrade Napoleon, I have laid five eggs in six days'; or two cows, enjoying a drink at the pool, would exclaim, 'Thanks to the leadership of Comrade Napoleon, how excellent this water tastes!'