From Bradford to Beijing

October 15, 2012
I wanted to return to the theme, briefly touched-upon in the last blog entry and that's what will happen when computers cease to merely assist us in making discoveries but discover things for themselves. Perhaps things that are too complex for most of us to understand, like abstruse mathematics? 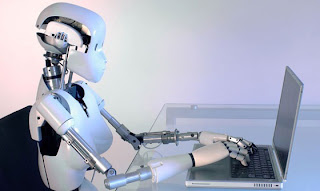 A Professor of Applied Mathematics at Cornell University. Steven Strogatz, argues that we are living in a special window of time, stretching from the dawn of the scientific revolution, 350 years ago, to a point, a few decades into the future. Only people living in this window can say they truly understand the world in which they live. Why is this so? It's because as the volume of knowledge and 'Big Data' continues to expand at a near geometric rate, we are building a web, so tangled and so complex in terms of supporting information and infrastructure, it is rapidly running away from our limited human ability to make sense of it.

Samuel Arbesman, in ARC magazine, argues that the worry begins when we arrive at ideas so complex that even an Einstein, Hawkings or a Kasparov might be defeated and that these might only be understood by one person in a billion, at the very far end of the human spectrum of intelligence. That's of course where machines and analysis come into the picture. Either computers so sophisticated and powerful that they tell us simply what we need to know or a new generation of highly-skilled, data analysts who can tease patterns of useful knowledge and new ideas from a blizzard of data.

Personally, I'm not sure where it all ends because quite simply, we haven't started coming to grips with a problem which may start to dominate the computing and economic debate within a decade.

What I do know, is that here in the Western economies, we are completely unprepared, educationally, emotionally and technically, to deal with the post-industrial, data-packed demand that will soon be coming our way. It's like the industrial revolution all over again, except that this time the future won't be born in small towns like Bradford but rather from sprawling mega-cities like Beijing