The London Conference on CyberSpace

November 03, 2011
Over the last two days, the great and the good of the cyber-world have been gathered here in London at the Foreign Office’s Conference on Cyberspace.

Government representatives from over sixty countries have joined the online business community in looking at all aspects of the cyber-world and how we balance online security and freedom in the face of a growing challenge from online criminals and an increased level of online censorship of oppressive regimes. 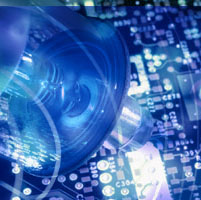 The critical area of discussion has been over the issue of cyber-security.

Governments and businesses across the globe are seeing a rapid increase in the number of hostile attacks on their infrastructures. This year alone the UK Government has spoken publically of large-scale attacks on the Foreign Office and the Treasury, and former Defence Secretary Liam Fox commented in June that the MoD was under a daily attack.

We have also seen high profile attacks on Sony, RSA, and Lockheed Martin to name but three corporations. One thing we can be sure of is that these attacks are just the tip of the iceberg.

When the head of GCHQ Iain Lobban publically states that the number of attacks being seen is “disturbing”, we know the problem is significant.

On Tuesday, William Hague spoke of the need to bring together individuals governments and organisations to tackle these issues .

He also spoke of a drive to “ensure that as many small businesses as possible win contracts to help build our cyber security infrastructure”.

For me, this was very encouraging to hear.

The majority of Governments and big businesses have had a tendency to be over-reliant on the big companies in the sector for their cyber-security solutions. Big, long-term contracts have been signed with vendors that only provide a certain level of protection and this has had a stifling effect on the growth of innovation in the sector.

As a result, Governments and businesses have spent too long being reliant on tools which are simply no longer effective. The most obvious example of this is the use of standard blacklisting technologies like anti-virus software.

Tackling the threat of modern, sophisticated and targeted malware – often referred to as Advanced Persistent Threats (APT) – calls for a very different approach as these types of threats have already been proven to repeatedly bypass traditional anti-virus defences. The Stuxnet worm being the most high-profile example.

The crux of this issue is that we have no choice but to look at next generational security technologies to help combat these new sophisticated attacks, and at present, there is only one type of solution which is proven to be effective at stopping the APT - Application Whitelisting.

This is a technology which was pioneered by my company Bit9, and as the name suggests, works in the opposite way to blacklisting, by increasing an organisations security posture and thus, lowering their overall risk of being breached. Our solution proactively protects only what you know to be the trusted pieces of software on your user’s desktops, laptops and servers.

At Bit9 we have also built up a unique Global Software Registry (GSR) of over 450 million pieces of ‘known good’, trusted software. The GSR provides Governments and businesses with a tremendously valuable and quick way to validate the integrity of each file on their network and make real-time decisions on the risk of that particular file to their organisation. If a file is deemed to be untrustworthy, it can be immediately blocked and prevented from running on any machine across your global enterprise.

The UK has announced a £650 million funding agreement to build their cyber defences. The truth is that this amount will not even scratch the surface of the issue if we look to solve the problem with the traditional technologies currently being used.

There are many innovative SME’s within the UK and across the globe dealing with these issues and William is right to raise the need to engage with them.

The UK Government has shown awareness and leadership in putting together this conference and attempting to bring together the world to tackle these issues. William Hague is right to say that cyber-crime is not something that any one country can tackle on its own.

It is my hope as I fly back to the US that the UK Government and Governments across the globe will be brave enough to look beyond existing technology to find their solutions. We are already behind the cyber-criminals. Innovation is the only way to catch up.