October 06, 2011
A day to remember. The legendary Steve Jobs checks out, the first of my generation of world-dominating technology icons to remind us that all the success and money in the world is no substitute for the gift of good health, a fact reinforced by the on-going Michael Jackson trial in Los Angeles. For millions upon millions of consumers, Steve Jobs will be sorely missed for his innovation and the enormous influence he has had on the technologies that we now take for granted.

The first technology industry job I had after leaving Thanet, was at a large Apple dealer in the City of London, where I taught the financial community how to use Apple's biggest 'White Elephant' the Apple Lisa. Back in the mid-nineties I found myself at the top of Mount Sinai in Egypt, as a purple-hued dawn was breaking over the desert and mountains to the east. I was carrying a handheld Apple 'Newton', the precursor of the iPad, for a photo opportunity, having climbed throughout the night to be there just in time for a 'Mosaic Moment.' The photos are buried somewhere in an album in the attic. I wonder if anyone remembers that John Sculley once led Apple when he pushed Jobs out as CEO in the 80s?

Vladimir Putin is attempting, at almost the same age, to prove he's a both a superman and a very poor underwater archaeologist and quite capable of taking over the Presidency of Russia for another term. Meanwhile, Microsoft's Bill Gates quietly gets on with giving millions upon millions of his personal fortune to different charities, with the stated ambition of leaving this earth with as much money as he came into into it with.

I'm off to a Local Development Framework meeting so I may write more later if I have an opportunity.

Back from the council offices and I see that I'm getting very close to breaking the magic 20,000 page views in a month barrier and that I also have an email from a hijacked Hotmail account playing a familiar scam. Why would any European write 'Madrid, Spain,' for starters?

I think I will play the bad guys along for a while to drive them crazy thinking I'm sending them money but keep getting the instructions wrong. I'm expecting a quick response to my offer of help to the email below very soon! That's the risk you take when you keep your address book in the 'The Cloud'.

I'm writing this with tears in my eyes,my family and I came down here to Madrid Spain for a short vacation unfortunately we were mugged at the park of the hotel where we stayed,all cash,credit card and cell were stolen off us but luckily for us we still have our passports with us.

We've been to the embassy and the Police here but they're not helping issues at all and our flight leaves in less than few hours from now but we're having problems settling the hotel bills and the hotel manager won't let us leave until we settle the bills,I'm freaked out at the moment." 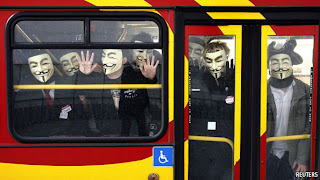 Here you go.. it took all of nine minutes for the criminal gang to get back to me as you can see from the reply below... fun time! - I have removed the name! Western Union is an irrevocable transfer so that's always a giant clue to any potential internet fraud.

"Glad you replied back. This is a terrible experience,All i need right now is €1,750.00 you can have it wired to my name via Western Union outlet i will be so glad to have what you can help with. I'll have to show my passport as ID to pick it up here and thank God i still have my life and the Passport.i promise to pay you back as soon as i get back home.Here's my info below

As soon as it has been done, kindly get back to me with the confirmation number.let me know when you are heading to the Western Union now.???"

And the next reply after my offering to call the hotel direct is....

"l think its a good idea to wire the cash to me via western union as the hotel is having some difficulties with their credit card machine, western union outlet is 3 blocks away from me here,l can pick the cash at the outlet once you're done with the transfer, how about that ?wondering if you could spare all? you can as well wire the money online by visiting western union website online www.westernunion.com and you get back to me with the transfer details and the MTCN numbers once you are done."


13:40 and the fraudster is firmly hooked waiting for the money. The next step is for me to transfer the responsibility for the transfer to a friend called 'Daniel', who by complete coincidence also happens to be in Spain and through another stroke of luck, happens to be a senior member of the Spanish National Police hi-tech crime unit. We'll see!