May 02, 2011
I'm not sure that the news media have realised yet that Google Earth gives remarkably good resolution of the area surrounding the entrance to the Pakistan Military Academy, (PMA) where Osama Bin had his residence off the Kakul Road, Abbottābad in Pakistan. 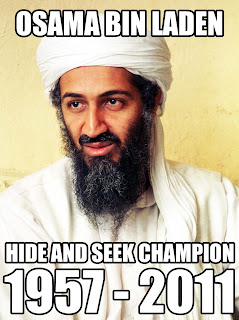 Aerial photography being one of the jobs I do for the media from time to time, I'm really quite surprised that BBC and Sky News didn't look for this immediately and the commercial version of Google Earth can offer much higher satellite resolutions if one is prepared to spend a few shekels to examine an image in greater detail.

What I find particularly interesting in the light of media reports of Bin Laden's medical condition is that he is within walking distance of two of the best hospitals in Pakistan. None of the media sources I have seen have picked that up yet as an item of further interest.

Less than 10 minutes after I sent the image to Dermot on Sky News, Tim Marshall pulled up an image and identified it, so a good result or simply a coincidence! - NB thanks to a reader giving me the exact Latitude and Longitude I have now updated the photo to dead centre and to the SE of the military Academy as shown in the White House briefing. 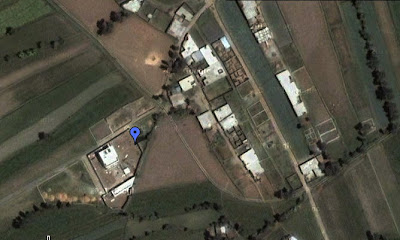