It may not be dead but it’s certainly struggling and while McNealy's statement is unlikely to alarm many organisations, then it should, as we continue to experience the turbulent wake of this month’s WikiLeaks revelations. Julian Assange’s latest target, is now big business and in what could be his biggest mistake to date, he promises to turn a major US bank, reportedly the Bank of America, "Inside-out", with "Tens of thousands" of documents to be released in the New Year. Indeed, 2011 may be the year that 'Information assurance', frequently regarded as an oxymoron, assumes a new meaning and an urgency to match.

Here, in the UK the Information Commissioner's Office (ICO) has new and overdue powers to fine private and public sector bodies that fail to meet their data protection, compliance and privacy obligations. Most recently, Hertfordshire county council was fined £100,000 for faxing details about child sex abuse cases to the wrong recipients and employment services company A4e was also fined £60,000 by the ICO for losing an unencrypted laptop. The fines were the first issued by the ICO since it was given the power to issue financial penalties of up to £500,000 in April. 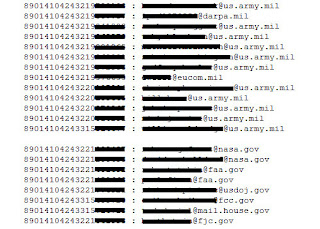 In recent years, organisations across the world have been forced to admit to significant data breaches and these include HMRC, TK Maxx, Heartland Payment Systems, HSBC and this month even AT&T and Apple Computer. The on-going WikiLeaks story reveals the more salacious consequences of sensitive data loss but on this occasion with deeply embarrassing geo-political and strategic implications for the United States Government.

Examining the data security challenge in its broadest sense, security vendor, Cryptic Software, proposes a ‘virtuous circle’, requiring all stakeholders to be able to demonstrate a reciprocal privacy dividend, on an on-going basis, in order to build trust. In particular and with emerging Cloud Computing standards and creeping virtualisation spelling-out the direction of business systems and the data-centre, Cryptic argues that it becomes increasingly important for all cloud-based services and accounts to be monitored; offering a forensically sound audit trail in the event of any security or privacy breach that might compromise sensitive or classified corporate information assets.

While Cryptic are making a strong case for proper accountability across the complex spectrum of information exchange, it may equally be argued that while the financial services industry has taken information assurance and compliance far more seriously in the light of evolving legislation and PCI/DSS compliance standards, business and the public sector have proved much slower in meeting their privacy obligations. With growing sophistication being demonstrated by organised criminal gangs together with the infiltration or loss of tiny but powerful mobile data storage devices, capable of vacuuming gigabytes of sensitive data in a few minutes, it’s time for the threat with its damaging reputational issues and increasingly tough financial sanctions to be treated as a priority at boardroom level.

So where do we go from here? There’s no doubt that the proper tools and information assurance policies exist to mitigate the privacy threat but in my experience a large swathe of organisations are still failing to recognise both the reality and the risk of operating in a widely-connected, data-intensive and highly available 21st century business environment.

In summary then, two words spring to mind, risk and responsibility. There’s no shortage of horror stories involving the experiences and very public failures of other organisations and there’s certainly no lack of educational information, tools and resources for any business to apply to the task. However, writing as one with a political responsibility in the public sector, I would argue that responsibility and where it lies in the organisation holds the key. Often I find the task of managing an information assurance policy isn’t joined-up and may be split between IT, Legal and/or Human Resources and while no single person ‘owns’ the responsibility everyone suddenly owns the consequences of reputational risk when data is lost or stolen.

So if privacy is indeed dead, as Scott McNealy suggests, then WikiLeaks may offer a compelling reason for any organisation, public or private, to be proactive about both risk and responsibility and have a strong compliance-oriented resurrection policy in place before the undertaker arrives!