October 03, 2010
Another party conference and endless hours of political analysis yet to come on both the BBC and Sky News, interspersed by footage of ducks swimming along the submerged fairways at the Ryder cup in Wales.

Now that 'Red Ed' has been put to bed – forgive the pun- It's David Cameron's turn with the Government's spending review now less than three weeks away. The recent IMF and CBI figures on economic growth give some room for optimism but the scale of public debt and the measures that are going to be necessary to reduce it, will fall on all our shoulders as its revealed the Government owes more than £1 trillion for the first time in its history.

I will remind readers that the former leader of Thanet's Labour group, described talk of a recession as "Complete tosh" and either a "Conservative invention" or "Something that the Conservatives should be familiar with." (It's not transparently clear which of these it was from the minutes of the meeting concerned.) That was of course in February 2009 and since then the true size of Labour's legacy to the British people is almost too awful to imagine.

The total outstanding debt of central and local government reached £1000.4 billion in March. The grim landmark was revealed in deficit figures that are only released once every six months. They come three weeks ahead of what are expected to be the most brutal public spending cuts on record when George Osborne announces the outcome of his spending review in the Commons. Britain's state debt is now equivalent to 71.3 per cent of GDP. Under the 1992 Maastricht treaty "excessive debt" is described as 60 per cent.

It's hard to imagine what a £1 trillion is but this total is the equivalent of a family's entire borrowings, including mortgage, credit card debt and other loans, before savings are taken into account. In the last financial year alone the Government borrowed £159.4 billion or 11.4 per cent of GDP. Total debt rose from £800 billion in March 2009 and simply paying off the interest on the debt is crippling us, although in contrast with Greece and the Irish republic, the outlook could be far worse.

Everyone I talk to believes that something has to be done about the size of the debt but everyone is fearful over the measures yet to be announced. The last government embarked on a massive public-sector job-creation scheme funded by borrowing. Arguably, it hid the sharp decline in the private sector and manufacturing – Liverpool being a good example – by creating an unwieldy and intrusive bureaucracy with a horde of 'quangos'.

This month, I'm up, at Manchester UTD, speaking at the Manufacturing industry conference, arguing that the vast majority of workers continue to be employed in traditional jobs. The new job types created by technology represent a relatively small fraction of employment and often tend not to last very long. Governments hold firm to the belief that the economy will continuously generate jobs within the capabilities of the average worker and that this process will continue indefinitely. History has shown that the more technologically advanced an industry is, the more capital intensive it typically is; as a result, it employs relatively few people. However, outsourcing, increased automation and the highly-competitive global economy have forced European governments to hide the reality of private sector decline in a constantly expanding public sector. When the banking bubble burst and plunged much of the world's economy into recession, the evidence couldn't be swept under the public sector carpet any longer. 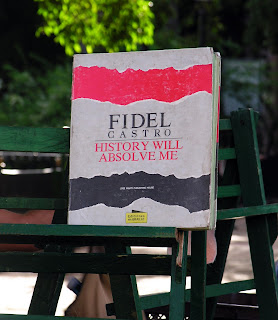 Where we go from here is hard to fathom but regardless of political affiliation, the policy consequences of the last decade will be felt by the generation ahead of us.