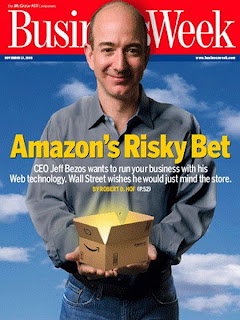 Most of us will be familiar with the concept of new technologies arriving in ‘waves’, in the greater part driven by the inexorable progress of Moore’s Law, as computing power becomes ever increasingly available and powerful, with the rate of paradigm shift doubling every ten years and silicon-powered price performance every twelve months or so.

There’s been a great deal of talk of late about something called ‘disruptive shift’, a phenomenon which is being hastened by changes in rapid technology and the consequences of the worst global recession in generations. One good example, which many of us can relate to, involves Apple’s iPhone and the expression, ‘There’s an App for that’ in fact well over 100,000 now. This involves the movement of computing into the internet’s ‘network of networks’, global positioning data and cellular telephony.

The disruptive shift, in this example, is towards personal mobile applications and a new market, encouraged by Google and by Apple, which is springing-up around the devices that carry them. Very soon, other than instantly finding the nearest Starbucks or the time of the next train on your iPhone, you may soon be able to monitor you own vital signs, or indeed the speed and progress of your company’s production line in real time.

This evolutionary progress of technology is predictable and smooth curves describe the progress of both price performance and network capacity. Computing infrastructure is being increasingly virtualised away from the desktop and the company Server and is loosely described as ‘The Cloud’, a utility model, which promises to release assets and is forecast to dramatically impact the cost of doing business as companies are gradually released from the burden of running an expensive and resource consuming IT infrastructure which distracts from the core business.

So what does it all mean if I was asked to predict the future ten years out? Firstly, nobody has a clue what the world will look like in five years time but we are all preparing for the future. We can however use those smooth exponential curves I spoke of earlier to be reasonably sure of the direction we are taking.

Cloud computing, utility computing, call it what you like, still has some tricky, security, regulatory and technical issues to iron out, least of all the universal availability of a high speed broadband society. However with the likes of Google and Amazon already providing successful managed services to business it’s not unreasonable to assume that over time, manufacturing companies will place more of their computing infrastructure in the Cloud, in much the same way that they rely on the National Grid for their electricity supply. In this future, manufacturing operations, I suspect, will increasingly become, automated, outsourced and leaner still, as companies attempt to reduce their exposure to infrastructure, employee costs and rising business and taxation costs in a delicately-balanced economy. Government has yet to wake-up to the socio-economic impact of such disruptive change and by the time it does; it will be a ‘fait accompli’ driven by a more Darwinian imperative, the needs of British business to compete successfully in a global economy.