A Tale of Two Digits

January 01, 2010
Reading today's papers, one story in particular struck me as one with a deep interest in both education and technology. 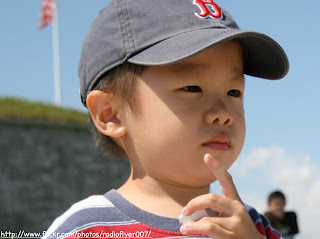 Reportedly, a group of eight primary school head teachers have spent £32,000 of taxpayer's money on a three-week training course in Australia, which involved visiting 12 Australian schools. This was apparently an 'investment', or as the trip head teacher Lauren Connor said: 'We want to learn more about how they are using ICT as a delivery mechanism for the whole curriculum. "We made a short film to present to the Australian Education Department in Sydney, and we are looking forward to establishing closer links with schools down under."

To be honest, I can't really see what can be achieved from a trip of this kind 'down-under' as head teachers are pretty much locked-in to our own national curriculum and their own tight budgets. In recent months, I've been on a university course and have also been in school, observing how new technology is being integrated into today's curriculum and I've been very impressed by the efforts and dedication of the specialist teaching staff involved and by the scale of the resource now available to young people in our schools. That said, there are a number of concerns I have, reflected in my earlier blog post: 'In Another Ten Years' and in the article I wrote for the Observer newspaper at the beginning of the last decade, when I identified three, so-called 'Digital Divides': 'access to the internet; a skills gap between those who know how to benefit from the internet and those who don't; and speed of access to the internet.'

My present opinion is that the curriculum, while intensive, is arguably static; i.e. it's very much locked-in to applications as business and productivity tools; the lingua franca of fundamental computer literacy and remains slow to recognize that many students are way ahead in their use and exploration of Web 2.0 and the emerging cloudscape that is increasingly represented by Google in people's minds, rather than Microsoft. There's nothing wrong in teaching students to use MS Office and program simple Flash animations but the technology is now moving so swiftly that it begs the question as to where we should now be concentrating both our imagination and our efforts in teaching the subject.

As an example, I bought my wife a Google Android phone this Christmas and I'm deeply impressed with its seamless integration with the Google cloud of applications, its location and wireless network awareness and the free applications available on demand. Me, I'm also waiting for delivery of an Apple iPhone as well, with 10,000 or so 'Apps; of its own and my fourteen-year old daughter, with her own iPod touch, is already stretching her imagination in regard to what can be achieved with this new generation of handheld devices, the 'Cloud' and a PC.

So now we have a new kind of digital divide and one that I've observed in schools. Access to the internet may be pretty much pervasive these days but there's a huge spectrum of difference between those who are using it for different purposes in our society, from the most basic to the advanced.

As an example, many poorer homes with single-parent families may have very limited access beyond the internet, games and Microsoft's 'Word'. If several children are involved sharing one PC then the opportunity horizons may be very limited indeed. Simultaneously, government talks of bridging the skills gap and introducing new skills but conveniently ignores the fact that simply delivering a Personal Computer and a selection of approved applications in schools (approved at the beginning of the last decade) is really going to influence the rapidly moving software economy of tomorrow beyond the delivery of the fundamental computer literacy skills required to survive in the 21st century.

What the answer is in this cash-strapped environment I can't really say and I'm looking for an opportunity to raise the subject with the Conservative's Michael Gove. However, what I do believe is important is that young people are given the opportunity to see what can be achieved in their future careers if they take an interest in technology. This month, I've drawn-down a favour from Microsoft's head of government relations and arranged a visit for students from the Charles Dickens School in Broadstairs, a sponsored specialist school, to the Microsoft campus in Reading. The company doesn't normally offer school visits but I thought it would be a wonderful opportunity for these youngsters to see what life is like on the other side of the fence, on the 'bridge' of the Starship Enterprise, so to speak and Microsoft have very kindly offered to show them and their teachers around for the day. With luck it may provide the seeds of inspiration and an exciting potential career path for at least on boy or girl from Thanet.