January 23, 2010
With the risk of a terrorist incident now raised to the level of 'Severe', I've come out from under my desk long enough to write this short blog entry, before returning to cover my windows in brown paper.

What this heightened state actually means in real terms is hard to fathom and the Home Secretary doesn't appear to be any wiser either. What he can't say of course is who might be responsible or indeed, whether 'they', whoever 'they' might be, may have returned from any recent adventure holiday break to Pakistan or Yemen or Somalia. 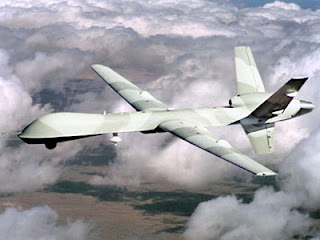 I'm pretty sure though, that if you went down to the bookmakers and placed a bet, call it risk profiling if you like, based on actual incidents over the last ten years, you would get pretty short odds on the suspects, leaving one to wonder why Auntie Mabel really needs to experience the indignity of airport body scanning, now she's passed the age of seventy.

So for now, we all have to treat each other with equal suspicion in what is yet another paragraph taken from George Orwell's novel, 1984, just in case….

"There was of course no way of knowing whether you were being watched at any given moment. How often, or on what system, the Thought Police plugged in on any individual wire was guesswork. It was even conceivable that they watched everybody all the time. But at any rate they could plug in your wire whenever they wanted to. You had to live—did live, from habit that became instinct—in the assumption that every sound you made was overheard, and, except in darkness, every movement scrutinized."

I heard on the BBC news this morning that Kent Police want to use BAE systems 'drones' – rather like the 'Predator' in Afghanistan but without the impressive weaponry' – for a range of different tasks which include traffic policing. Forgetting the enormous expense for one moment, I've a personal objection to unmanned aircraft buzzing around the world's busiest airspace. Last summer I was prevented from flying a banner over one of the V-Festivals in the north of England by the police and subsequently discovered the reason, that they were testing an unmanned drone, sitting over the stage at 2000 feet, watching and photographing the crowds. While I'm sure that the intelligence these systems offers can be extremely useful, the Kingsnorth power station demonstration would be an excellent example, I worry that the system would be abused; isn't it always, and the costs would detract from the investment to police communities properly, which is what people really want rather than 'RoboCop'.

Unfortunately, with 2012 and the Olympics fast approaching, I can promise you that RoboCop and much more is what we are going to get as the authorities become increasing paranoid and security conscious in the period between now and the games. But when the Olympics are over, the security infrastructure will remain in place and like proliferating CCTV, is most unlikely to be dismantled, ever.