January 03, 2010
It occurs to me that Britain's' future security won't so much be determined by what happens on the playing fields of Eton rather than the mountains of Yemen. 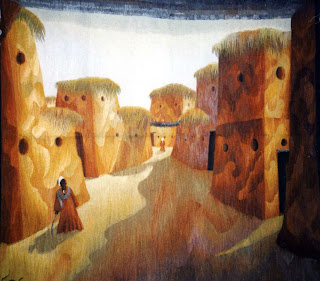 I was invited to the country five years ago by the UN to speak at a conference in the capital, Sana'a. I really wanted to visit as this is one part of the Arab world that I have yet to set foot in but with it being a hotbed for Islamic terrorist groups, I decided to give the British Ambassador a call for her opinion on whether it was a safe choice of destination. As she only ventured out in the company of an armoured Range Rover and a handful of Special Forces bodyguards, her answer was quite unequivocal. So I asked the UN if they were able to guarantee my personal safety and the reply was an equally unequivocal 'No', so I politely declined the invitation.

In the week that saw the release of IT consultant Peter Moore, from long captivity in Iraq as well, I'm rather glad that I didn't take-up the offer of a visit to Baghdad either. I think I learned my lesson many years ago when the DHL aircraft carrying all my belongings back from Saudi Arabia, stopped in Beirut and never took-off again; the Israeli army choosing that moment to invade the country. However, once again, I'm left with the thought that we are pursuing an unwinnable war in Afghanistan while Islamic terrorism breeds unhindered in Somalia and Yemen.

Yesterday, I saw on the news that the heroin harvest from Afghanistan has also reached new records, with the Russians politely pointing out that under their occupation of the country; it was a fraction of what it is today. The Soviets reportedly had a zero-tolerance policy on the opium poppy production which funds terrorism and crime in the country and simply 'bumped-off' the warlords engaged in the trade. In contrast, Western governments appear to be attempting to persuade the Afghans, that drug production is a very bad idea and try to buy them off instead. The Afghans, being a pragmatic people, think this is, in turn, a jolly good idea and simply keep the dollars and continue growing the opium poppies that you see our troops wading through on news reports from the green zone.

But none of this is new, as a nation we've been here before and simply forgotten the lessons of history in both Afghanistan and Iraq. T.E. Lawrence (of Arabia) in his "Report on Mesopotamia" for The Sunday Times (22 August 1920) wrote:

"The people of England have been led in Mesopotamia into a trap from which it will be hard to escape with dignity and honor. They have been tricked into it by a steady withholding of information. The Baghdad communiques are belated, insincere, and incomplete. Things have been far worse than we have been told, our administration more bloody and inefficient than the public knows. It is a disgrace to our imperial record, and may soon be too inflamed for any ordinary cure. We are today not far from a disaster."

What Lawrence wrote then echoes through the pages of history and serves as a reminder of where we find ourselves today, short of money, manpower, equipment, policy and above all, solutions to a problem that now has us by the throat and not the other way around..