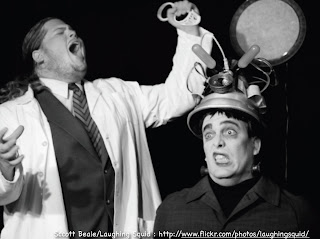 With the prevailing fascination in ‘New media’, Facebook, Twitter, Blogs and more, for political communication, Brighton & Hove City Council being one good example, I’m interested to see that I’m sharing a platform in Caceres, Spain, in December, with Rahaf Harfoush, the author of “Yes We Did: An Inside Look at How Social Media Built the Obama Brand.” Whether I will have a chance to chat over lunch on what we can learn from the Obama campaign over here I don’t know but I’m sure her presentation will be rather more interesting than my own talk on disruptive technology and ‘Cloud’ computing, which at present has rather too many slides and is likely to subject the audience to ‘Death by PowerPoint’.
Staying with Obama for a moment, I see an old friend has been appointed Obama’s interim Cyber-security Coordinator at the White House and I dropped him a note last week to congratulate him and ask him how he was finding it. “Very interesting and very busy” was the short reply.

Come Thursday and the Dane Valley by-election, I’m sorely tempted to put a nice red-letter banner over Margate and help Labour’s campaign by flying the slogan: “BRITISH JOBS FOR BRITISH WORKERS – VOTE LABOUR” or any number of tongue-in-cheek themes, as in the present political and economic chaos at Westminster, I’m sure the party could do with all the help it can get. However, I think the weather will be against me and I suspect that many voters would prefer not to be reminded of Labour’s quite remarkable record of achievement over the last ten years.