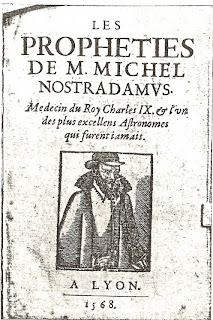 If you want living proof that forecasting the future is best left to the experts, such as Nostradamus, then read my predictions for the Britain of 2010 in The Observer newspaper in January of 2001.

Gazing deeply into my 400mhz crystal ball, I rather lavishly forecast "This country is poised for a wealthy new era as the Venice of the information age" but never counted on the presence of Gordon Brown or the arrival of the worst global recession since the 1930's either.

As I was working with the Office of the e-Envoy at the time and if memory serves, had just returned from a mission to a bitterly cold South Korea the previous week, you can almost smell the optimism that still surrounded the arrival of the internet, that particular bubble still having a year to run before it burst!

One thing though hasn't changed and it's as true here in the outlying villages of Thanet as it was in 2001:

"Bandwidth is, he believes, a critical issue: 'We need to ensure that people have the opportunity to take advantage of the bandwidth. If there is a key point, it is that the country needs to have in place all the infrastructure that allows those who wish to join in the information economy to do so."

I suspect that Michael Child may have an original copy of Nostradamus' predictions in his Ramsgate bookshop alongside other classics such as "Quantitive Easing, Fiscal Prudence and Golden Rules' by Gordon Brown' and Mark McCormack's 'What they Don't Teach You at Harvard Business School', the book that heavily influenced my own start in business twenty-something years ago!

Nine years on, one prediction involving the internet does seem to have come to pass: