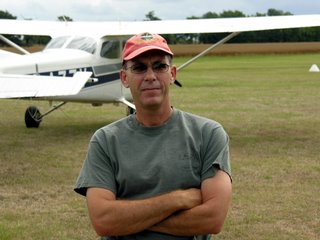 If I seem very quiet of late, then my apologies. I'm a little tied-up with work; a research project for Microsoft to finish, the e-crime congress now moving into overdrive and last of all, I've booked in on a Commercial Pilot's Licence (CPL) course at Cranfield.

The latter, CPL, I'm doing by CBT and distance learning with ground school work before the exams and with twelve of them to do in the next twelve months, my brain is already hurting and Jack here is in danger of becoming a very dull boy!

The flying time isn't a problem, I've already more than enough hours - just under a thousand - with my Airads business but how I'm going to manage to study in the summer season, when I spend more time in the air than on the ground, I don't quite know.

I was never much good at maths and physics and thirty or years after leaving school I've got to apply myself in earnest to engines and aeronautics.

Maybe I'll qualify as an airline pilot just as everyone else is retiring! There's an irony! I'll just have to tow banners instead!

Anonymous said…
Indeed you've been quiet. Haven't had a comment from you in ages!
6:59 pm