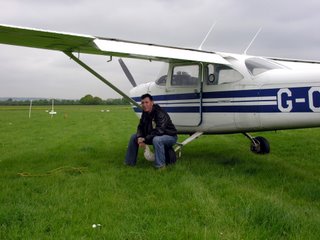 Somewhere, on a cliff top near Hastings, a young man is gazing at the sky, waiting for an aircraft to appear with the message “CORRINA WILL U MARRY ME”.

He’s going to be disappointed!

We had two jobs to do today. One at Southampton for three hours and the other being the wedding proposal for the unlucky and as yet un-engaged Corrina. However, the weather towards the south coast collapsed even faster than we though it might and after a quick conversation with the London controller, we decided to call-off the attempt in six hundred feet of cloud near Shoreham and run back ahead of the front towards Thanet, climbing back to the blue sky on top. There was never a chance of being able to operate from Bembridge on the Isle of Wight safely in the weather that is slowly making its way east.

With luck and some help from Cupid, the disappointed lover may have his chance to “pop the question” in a possible gap in the weather at around 10am tomorrow morning. There’s a very good weather site called Theyr.Net which gives excellent animated forecasts and you might like to store it in your “Favourites” file as an aid to predicting favourable BBQ weather over the summer.

The huge reservoir at Bewl water isn't just low, it's dramatically low and now has a wide expanse of what looks like beach to prove it. From the air, it's rather like a large pond which is slowly drying-up and I predict that by July, if we don't have an unexpected monsoon the water problem will become severe.

Casting my eye over the pages of the Thanet Gazette today, I see that Eastcliff Richard’s “Blog” has a mention. He is of course our own mystery celebrity psychic millionaire and it’s great to see how a Weblog satirising life in Ramsgate, can become local news in its own right. There’s even a tongue-in-cheek mention, in the ‘Smudger’ column, of my efforts to track down the job application and ‘apply’ for the role of “Director of the Margate Renewal Partnership”, you know, the one that was advertised but wasn’t.

I’m desperately trying to find something profound among the human tragedies in the local paper, an item of news that is truly different or simply hasn’t been mentioned here first but all I’m left with by page 32, is the sad but true story of how poo is a growing problem in Ramsgate, the burglary, by a desparate sex maniac, I assume, of a Cliftonville sex-shop and the news that a man driven to a life of crime, attempted to break in to the Ramsgate Esplanade bowls club with intent but the story does say what he intended? 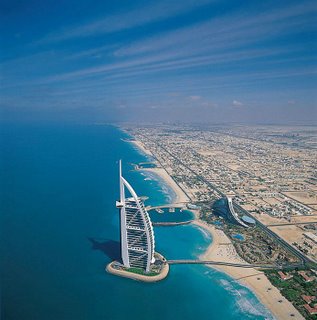 And finally, the Gazette reports that "Living in North Thanet makes a person six per cent more likely to die prematurely than South Thanet", something to do with the Seagulls perhaps, even the harsher climate in contrast with the millionaires playground. Perhaps it's time to follow the money and move south to Ramsgate; now re-developed as you can see in the photograph. You tell me?

It all happens here. East Enders has nothing to offer in comparison with Thanet life.