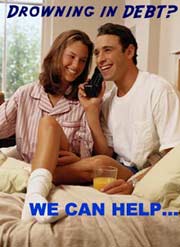 I had rather fancied the idea of an ermine hat and a seat in the House of Lords but it seems there are several curry barons and a host of other ‘hangers on’ who have put up rather more than the ‘tenner’ I can afford to ‘loan’ Tony Blair; what they all thought was a dead-cert title and which is now causing uproar among anyone with a sense of political decency, if such a frail thing exists today.

This has led the man in the white suit, Martin Bell, the former independent MP, to comment “Honours are being bought and sold on a scale unknown since the days of Lloyd George. It’s utterly shameless. Lord Northcliffe once said that if he wanted a peerage, he would buy one like an honest man. This is roughly where we are now.”

If that isn’t bad enough, The Sunday Times reveals that Tony and Cherie need to find £16,000 a month between them just to cover their mortgage payment, which rather explains why Ms Booth is rather keen to accept the £30,000 fee for an “Evening with Cherie” at a Stateside engagement.

How, I wonder can anyone concentrate on running a government when he has to find £16,000 a month to cover his mortgage? Maybe his mind is wandering elsewhere, off the ball a little with the NHS and Education and Iraq. Perhaps like many other people today, Tony and Cherie now have an Ocean Finance loan, to give them both peace of mind and a little left over for that “Special purchase?”