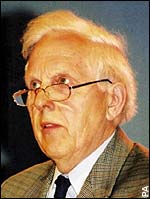 I’m delighted to see that hostage Norman Kember is now home safely from Iraq, having been rescued by British Special Forces, who he appeared to thank in the most ambivalent manner. This rather leaves me wondering what we might be thinking today if a single soldier had been killed or wounded during an attempt to rescue a group which has displayed the most astonishing naivety.

As one security advisor put it some weeks ago, “You don’t go to Iraq unless you can afford the very best personal protection” and Norman Kember and his fellow peace activists couldn’t with their admirable but idealistic objective of spreading the Christian message of peace among the people of Iraq.

But let me offer you a different perspective. What if a Moslem peace group of devout Sunni and Shi’a activists decided that they should spread the word of Islam, which means ‘peace’ among the sectarian streets and communities of west Belfast. How would they be received? Would the people want to know whether they were Protestant Moslems or Catholic Moslems and would their peaceful objectives and religious devotion guarantee their personal safety?

Many years ago, I recall in Saudi Arabia, a car stopping by the side of the road and a friend of mine being offered a copy of the Koran by the driver to “save him.” Ironically another teacher from the same school had been killed the year before, when a rock was thrown at him from another passing car. What I’m saying of course is that in a world of such pronounced religious divisions, one man’s missionary is simply another man’s spy or 'economic opportunity' and this, sadly, is something that Mr Kember and other equally well-meaning peace ambassadors fail to grasp, having never experienced the more fundamental realities of life and religious belief in southern Arabia.