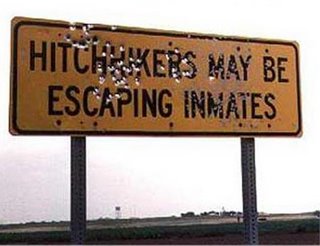 Pensions aren’t what they used to be. A damning report published by the official parliamentary watchdog on maladministration has said leaflets on final salary pensions were "inaccurate, incomplete, inconsistent and potentially misleading". "The report shows how the Government broke its promise and left many of them without a penny," she said. "It misled the public into believing their pensions were safe, when they were not."

Of 85,000 people who have lost pensions, only 27 have received any FAS compensation. Some died while waiting.

If I had my own time again, I would never have invested as sensibly as I have done in a scheme which I would have been better off keeping under the bed. Much of the population faces the same problem, in that the final salary they thought they were buying with prudent investment will in fact only stretch to a single Big Mac meal a week in their retirement.

Meanwhile, the government admitted yesterday that it will have to build five million new homes and the John Prescott’s office was recently forced into an embarrassing climb-down, when it was revealed that an “editing mistake” in the home-building legislation now before Parliament, tucked away in a very small typeface, was an attempt to re-classify airfields as “brownfield” sites. I don’t know about Manston but without doubt, North Weald was in the firing-line for a whole new town and the “mistake” was only just caught in time.

Of the five million homes however, 30% or 1.5 million, it is admitted, will be needed for the families of immigrants or at least those that are visible enough to ask for them. The remainder of the missing, which the government admitted this week, could be as high as, well any figure you can think of, would take seventeen years to remove at the present rate and of course, most can’t be, under the European Human Rights legislation.

So if you were wondering where everyone will be staying until the million or so new homes are built between here and Ashford, then it has to be the expanding caravan parks, which is where I’ll be investing what’s left of my pension fund after Gordon Brown raided it at the turn of the millennium.