A Bridge Too Far

March 15, 2006
In two weeks time, leaders of the global law-enforcement finance and online business community will assemble in London for the annual e-crime congress. In the twelve months since they were here last, we’ve seen the financial services industry under almost constant Trojan horse attack, Denial of Service (DOS) attacks grow by 50% and phishing and identity theft attempts, according to security software company Symantec, approach eight million a day. 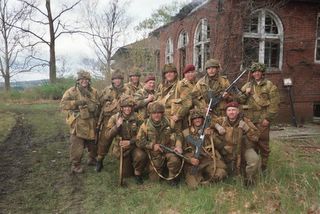 For the first time in its history, the e-crime congress will have Yahoo, Amazon, eBay and Skype sharing the floor, with the likes of Al Raji, the largest Islamic bank in the Middle East, the FBI, Professor Ian Angell from the London School Economics and senior police officers from South Korea and the People’s Republic of China. A gathering which illustrates the global nature of a struggle to prevent serious and organised crime dominating the internet in much the same way as pirates threatened the ocean trade routes of the 17th century.

The evidence to date strongly suggests that fighting e-crime remains low on the list of international government priorities in contrast with the war against terrorism and efforts to combat the scourge of child pornography, eating away at any budgets. Law enforcement resources are stretched, often beyond breaking point and frequently are only as good as the strongest Mutual Legal Assistance (MLAT) agreement that exists between G8 countries. As a result crime pays and it pays very well indeed for highly organised, ruthless and efficient criminal gangs who are more than capable of manipulating both the intrinsic gaps in the technology and the strained relationships between nations at a very sensitive time in our history.

In the UK, industry appears to be spending over 15% its security budgets (and over 50% in some sectors such as Financial Services) to hold down the cost of e-crime to itself and its customers, while the Police are spending 0.01% of theirs, including to support the investigation of conventional crime which happens to involve the use of digital evidence. This brings us to the question of “beefing-up” the new Police and Justice Bill to increase penalties for what you and I will recognise as e-crime; hacking and denial of service among them but which the courts have struggled with in the past. However, only a very desperate or audacious cyber criminal is going to domicile himself in Britain, even with the relatively low odds against his being caught. Warmer climates with lots of cybercafés and little or no cyber-legislation are far more appealing to those with real ambition and at a recent Westminster briefing, I heard reported figures for one of our high street banks losses to phishing scams in the last twelve months that are so high that they stretch my credulity.

One growing trend observed since the last e-crime congress is the number of attempts to steal personal information from very large databases. Most recently we’ve seen large international banks and credit card companies’ own-up to loss of tens of thousands of personal card and identity records and among them, the tax credit fraud fiasco that resulted from the theft of the identities and personal details of almost 13,000 staff at the Department for Work and Pensions (DWP) and Network Rail. Given government’s efforts to railroad the identity card legislation through Parliament as a universal solution for the identity theft problem, it’s interesting to note that security on the Dutch ID card has broken already. Will our own be any more secure I wonder?

The delegates assembling for the e-crime congress in London this month will hope to hear of new strategies and solutions that can defeat the threat and growing cost of dealing with organised online crime in all its forms but the fight, of the last year, instead of being carried to the enemy in well-funded and united strength like the Normandy D-Day landings of 1944 still remains looking rather closer to the unhappy results of “A Bridge to Far.”