The Way of the Web

January 24, 2006
I was comfortably settled watching last week’s ‘Money Programme’ on the subject of Google and its business, when the phone rang. To my surprise it was the BBC, News, who wanted me to come into the studio to discuss Google’s defiant refusal to surrender a week’s worth of its search records to Uncle Sam, who wished to know if an analysis of the same would support the resurrection of some Clinton-era anti-pornography legislation. 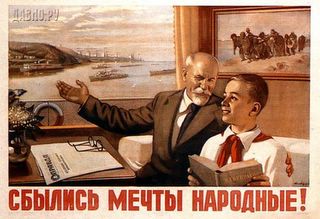 It was the same day, strangely enough, that I installed the Google Desktop on my Personal Computer, the same one I warned PC users to avoid last year for personal security reasons when it first appeared. This is not to say that I’m vindicating the Google Desktop, I’m not but I’m prepared to balance the security risks against its more general utility, now the well-publicized post-launch bugs have been ironed out. In fact, I now assume by default, that my computer behavior is likely to be tracked at some unspecified level of granularity by someone and should government be particularly interested in my visits to Al Jazeera or BathtimeBabes.com, then Big Brother is going to find out, regardless of how hard the owners of the search data try and resist the inevitable.

1984, one might argue, has finally arrived, 22 years late and ironically, it’s Google that may yet find itself forced into the position of playing Big Brother, dancing to the tune of governments that like those of China and America, would rather like to know more about the surfing habits of its citizens.

In his book, ‘Code and other laws of cyberspace’, written during the commercial genesis of the internet, law professor, Lawrence Lessig argued that the ungoverned virtual world of the internet, would find it impossible to avoid the introduction of an ‘architecture of control’ as government and business attempted to mitigate and manage the risks that accompanied the sudden opening of a Pandora’s Box of new freedoms and individual expression on a par with the introduction of the printed books and pamphlets that fuelled the Reformation of 16th century Europe.

Next month, I’m keynoting a pan-Arab government conference, a part of the world where the rapid growth of the internet increasingly supports the concept of the ‘Umma’, a universal, Islamic community that dissolves the frontiers between the lands of the faithful and the non-believers and where the authority of the Sharia and fatwa system can now be experienced through the websites of respected religious figures in Saudi Arabia, Iraq or Iran.

Concealed within this rapidly expanding online community and through weblogs like the Saudi-based Religious Policeman , an often dissident and young online population can express itself on a multitude of websites that threaten the finely-balanced political status of a number of regimes. What will happen, I ask, if one day, instead of 1% of the population of the greater Arab World, 40% suddenly have access to the internet and find their imagination and growing transnational sense of identity, harnessed and centrally directed by the ideas they may find on the Web?

This is of course why governments of the free world and the not so free world want to place the equivalent of CCTV and speed cameras across the front door of cyberspace which increasingly means Google and a handful of other global portal sites; in much the same manner as the new camera on the only road in and out of my home in Kent. This captures the vehicles details of all the passing traffic.

Surveillance of the roads is a fact of life that we now take for granted in the increasingly Orwellian Britain of the 21st century and although companies like Google may seek to challenge a government’s right to internet traffic information, the very existence of such data makes such fishing expeditions unavoidable and over time, government(s), playing the national security card, will prevail and the web will become as much an integral part of the global surveillance society, as the camera now innocuously sited on the A228 at the entrance to Birchington on Sea. “Big brother”, as George Orwell wrote, “Is watching you.”

A Bathtime Babe said…
As I sit here watching the snow fall, like RFID tags that will find themselves incorporated into everything we buy and become assoicated with our credit/debit cards which ultimately will track us to where we live, who we are, what we buy.... where we go, who we associate with... need I go on.... perhaps nows the time to invest in or acquire a data center large enough and secure enough to contain all this information, and by the way, something to mine it and reveal our inner most secrets......

Or maybe not. Just before xmas I had lunch with one of my former bosses who asked if I'd heard from a former colleague, who had left the employment of our former employer and moved several times. A quick search of google revealed that he was still playing bridge in various touramnets in the US. So onto some of those directory services web sites in the US containing public recors, and low and behold it revealed all his previous addresses, who he lived with, all his speeding fines and a whole lot more.

Even in the UK, websites like www.192.com or www.b4usearch.com can provide a whole load of information on indviduals which previously required you to visit a number of establishments to collect the knowledge.

If anything, try them and find out the names of your neighbours and who they live with. Top that with a visit to www.houseprices.co.uk and discover when they brought their property and how much they paid for it. I'm offer to discover what I can find out about a certain Simon Moores......
2:34 pm