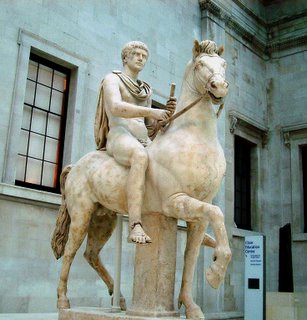 He joined the late train from Victoria at Herne Bay, a young man in his twenties, in a paint-stained black bomber jacket, dark rings under his eyes. Sitting down two seats across from me, he produced a bottle of vodka from his pocket and filled a plastic cup with the contents, drinking it down in large satisfied gulps. Feeling better for it, he rolled a cigarette on his knee and then after fiddling with it for a while, looking around for any sign of the conductor, he produced a Bic lighter and started to smoke, unpertubed by the "No Smoking" signs on the windows of the carriage. The two of us left the train when it arrived in Westgate, very different journeys home to the same small town.

I had a rather surreal experience at Westminster yesterday afternoon inside Portcullis House, where the MPs live. I’m assuming there was a meeting taking place between an Islamic interest group and Members of Parliament, because at 5’O’clock, the corridor filled with the faithful, prostrating themselves in the direction of Mecca and causing me to negotiate a suitably respectful path around them on the way to the meeting I was chairing. This was interrupted, not by the call to prayer but by the division bell, causing me to lose the MPs I had present as they ran-off towards the House to vote on some obscure new government legislation such as the Regulation of Ruminants Act.

Earlier, with an hour to spare between appointments on the way from Holborn, I had dropped-in to the British Museum, which I haven’t visited since I was a child. Architecturally, it’s an even more impressive building today and I took a few camera photos of the exhibits. The Roman Britain gallery was closed and I asked the curator if anyone had told the Romans. He laughed. One can imagine Julius Caesar landing his army on the beach at Dover in 55BC, only to be told, “Sorry mate, were’ closed. Come back in 47 AD will you and bring the Emperor Claudius and some Elephants with you.” 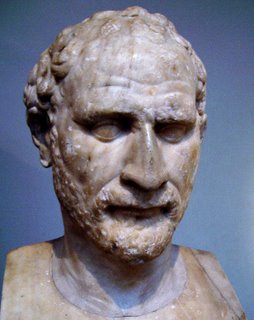 The curious thing, I thought, about the British Museum today was that it was packed with Chinese tourists, all moving around in excited, shoving groups of never less than thirty. I commented on this new phenomenon in my weblog over a year ago; how the once quiet Nile cruise ships are now packed with the first generation of mainland Chinese ever to leave that country as tourists with a degree of economic freedom. By the end of the decade, it’s predicted that the Chinese will be the single largest tourist group visiting Europe and the UK. Among them in the museum, were half a dozen or so of what I can only guess were circus gymnasts, delicate-looking teenage girls in bright green tracksuits who were chasing each other around the grounds taking photos, almost floating over obstacles outside the museum, such as statues in a display of grace and agility that you only see in films like “Crouching Tiger, Hidden Dragon.”

The Monday Evening Standard produced a map showing the London Underground stations where one is most likely to be stabbed or robbed or both. South Croydon and Clapham come top and most Londoners should be able to guess the top five, which must be comforting for anyone commuting home in that direction.

A quick look at the statistics for this website shows me that visits have soared over the last seven days and even Sunday, which is normally quiet, very nearly set a new record on its own. I’m delighted to see so many people becoming involved in the comment threads, if it’s to express disagreement with what I might write. Let me just add that if I’m not more than a little provocative, then nobody will visit ThanetLife, so you should always consider anything you see here as written with a mildly ‘Tongue in cheek’ style to test the waters of public opinion on different subjects, whether it be the argument over the future of the Turner Contemporary or the equally emotive subject of Political Correctness.