"You don't want to open that Pandora's Box, because you never know what Trojan Horses will leap out". Prime Minister Ernest Bevin

It’s now over three years since government started to recognise that it needed to address the problem of consumer Internet safety. In fact, to be accurate, you can add another eighteen months between the slow drawing of recognition and actually been told that the wheels were in danger of falling off if they continued to sit on their own hands and leave the matter in the hands of industry instead. 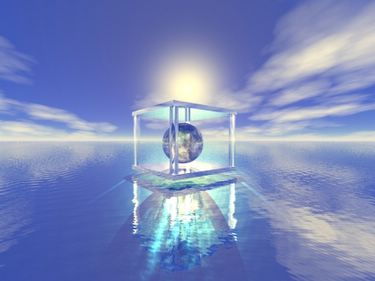 “The problem”, said one highly-placed civil servant”, in a meeting at the first eCrime Congress in London, “is that the Treasury won’t give us any money and we’re unlikely to get any budget until April of next year.” “Next year”, by the way, was 2004.

Over half way through 2005 and what was originally called Project Endurance, a public-private partnership aimed at reducing cyber crime has reappeared as a safety campaign, “Get Safe Online” focused on improving internet security for small business and consumers.

Don’t mistake me, this is a good thing but it was supposed to have been launched in October of last year and I have to ask how many millions of pounds have been lost or identities stolen, as a consequence of internet-related crime, while attempts were made to find a budget from private sector partnership, in this case, the generosity of Microsoft, Dell, HSBC, Lloyds TSB, Yell and eBay who will match a £150,000 grant from government.

In October, one or even four years late, depending on how you view it, a website will be launched, www.getsafeonline supported by “energetic” government and business support, which will offer expert advice in simple English on how to fight viruses, spyware and the risk of phishing-driven identity theft.

Over fifteen million people now have Broadband internet access. The value of the internet economy to the treasury continues to grow rapidly with UK ecommerce sales worth £39.5bn in 2003, estimated to grow to £47bn this year and £77bn by 2008. Meanwhile, the cost of computer-related crime in 2004 grew equally rapidly to £2.4bn according to the National Hi-tech Crime unit (NHTCU) survey, which reveals only the tip of a much larger iceberg.

If we recap then, the annual value to the Treasury from internet activity must now be fairly close to £1bn. Crime is costing business £2.4bn and there’s no true figure on what it costs consumers, such as the £350 I lost on one eBay fraud. Startled into action by news that that 25% of the world's remotely controlled PCs are found in Britain, government has managed to find £150,000 to contribute to a campaign that it should have taken responsibility for several years ago and I’ll quote the then e-Envoy, Andrew Pinder, from a New Statesman-sponsored roundtable from exactly two years ago, when I put it to him that with rapid Broadband adoption, we were facing a significant problem ahead:

Pinder continued: “Let’s stop saying “there’s no leadership, it’s all terrible, it’s far worse than it was”. There needs to be a proper debate about what should be done. To throw everything back into the lap of the government and say, “Until government does something, it isn’t going to get any better” – that’s a load of cobblers.”

Get Safe Online, then is a last ditch effort to turn back a tsunami which everyone, apart that is from government, could see coming years ago. In some respects, there’s an unhealthy analogy with “Londonistan” and the threat from domestic terrorism, a refusal to face the facts mitigated by a small amount of furious activity once it’s too late to remediate against the problem.

Like the threat from terrorism, most of us are only too aware of the risks presented by internet crime but it may be a little too late, with over half the population now online, to launch a campaign and for government to present the impression that the matter is now under proper control. It’s not. It never was and four years too late, Pandora’s box will not be closed that easily.