Skip to main content
August 04, 2005
All Roads Lead to Londonistan

I’m just back from out great capitol city, Londonistan, where I’ve being enjoying a cappuccino with a middle-eastern business associate, on the concourse of Euston station, surrounded by more police officers than I’ve ever seen in one place outside a Millwall football game. 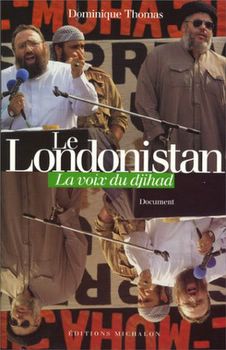 My friend observed that outside Riyadh and Doha, there may be more women wearing full “hijab” in London than anywhere else in the Moslem world. He may have a point, you see this very rarely in some of the Gulf Arab states and I only saw a couple of examples in my hotel in Jordan last month and these were Saudis or Qataris. Driving from the Blackwall tunnel towards Islington, this orthodox statement of devotion and mode of dress, even one month on from 7/7, was as visible as ever in the fringes of the city.

At the station, perhaps the police hoped that a strong presence would act as deterrence but the two of us thought that instead, they just made attractive targets of opportunity, in groups ranging from two to ten officers at a time. What were they looking for I wondered? After all, profiling is out of the question. One man, looking very much like the comedian Alexi Sayle but with a long beard, walked past our table and immediately, all the young policemen and women’s heads turned at once to look at him. Funny that!

On the way home, I couldn’t help but notice a large truck with “jet2.com” written on the side, heading towards Thanet. Now Jet2 is another low budget airline, much like EUjet but operating out of Leeds. An odd coincidence maybe? What I wonder was it doing rolling towards Thanet.