No, I haven't dropped out of sight this week, it's just that my laptop is still over at Microsoft being fixed.. The dreaded ISASS.EXE error all over again and I'm using my old faithful reserve HP, vintage 2001. That said, HP just announced they are to shed 14,000 jobs over the next six quarters, so not a great time to be in the company or perhaps in other companies competing for the same apparently shrinking services business! 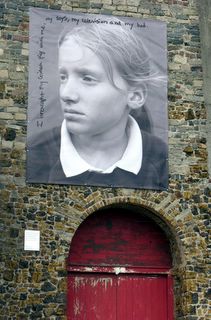 I've noticed that email traffic has been declining over the last week since the London bombing. This is less likely to do with the threat of terrorism than the imminence of vacation time and clients are more likely to be occupied with tidying their desks in preparation for a two week escape to the sunshine, than taking on new projects.

Living in front of the sea, I've got no holiday plans and just wait for the good weather. I've just taken delivery of a much sleeker sea-going kayak, which should offer more range and less effort than its fatter, two-seat predecessor. From here, I should in theory be able to reach the Isle of Sheppey but the real question is whether I'm fit enough to paddle the twenty-five miles home again if I do?