I've become a little pre-occupied with my ThanetLife project, a local website, which has started soaking-up rather a lot of visits and my attention with it. I seem to have found myself in the position of running at least four active websites on different topics, which means that I have to time share between them.

My visit to Amman to review the second phase of Jordan's eGovernment project has been scheduled for the second part of this month, a series of interviews with Government officials followed by a benchmarking report I need to write when I'm finished. Jordan appears to be making all the right noises but lies behind its much wealthier Gulf neighbours in terms of internet penetration and "joined-up" Government services and so I'll be interested in what I find and ways that I might be able to help. 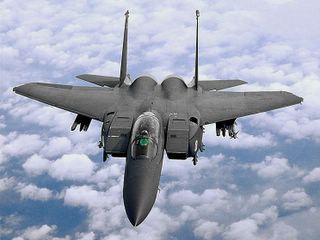 Meanwhile, it looks as if EUjet won't be able to give me a right seat trial on one of their Fokker 100 passenger jets for me to right a review for Pilot Magazine, insurance and regulations etc. I haven't given-up hope entirely but this month, I've got a right seat on a Lydd Air passenger flight for a day and I'm busy working on my next project, which is trying to "Blag" a rear seat on an F15 Eagle from the US Air Force. They can only say "No" and it's a nice contrast with the Stampe biplane, I'll be bumbling into Le Touquet with to write a pilot's guide to getting there this summer.