More frenzied election coverage this morning with Labour and the Lib Dems throwing rocks at each other while the Conservatives enjoy the spectacle.

Labour are of course making the economy a central theme of their campaign but what worries me is that none of the parties are addressing the real future of our economy because it’s too frightening for the voters and Europe, not just the UK, has no solutions beyond the text of the Lisbon Agenda and a number of straws to clutch at. 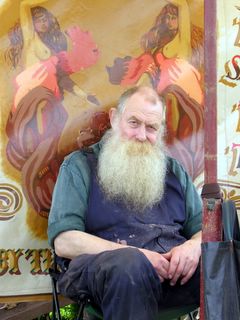 Very briefly, we can see the evidence in the demise of Rover, the collapse of Marconi and thousands of other companies over the last decade. I’ve been on the news a couple of times to talk about the outsourcing of jobs and manufacturing to India and the Far East but it was Ben Verwaayan, the Chief Executive of BT who said at a meeting before Christmas:

“In Bangalore, I visited a campus with 15,000 young people, with an average age of 24, average month’s salary, five hundred dollars, and average qualification MBA plus. We think we have a system that gets the best out of people and makes them productive. Think again. We all have a computer but your computer is worthless unless you use it as an instrument to compete and you need advanced networks to compete.”

Ben is pointing to the fact that India produces twenty times more science graduates than the UK and that in Asia, tens of millions of people can choose between fibre to the home and ADSL with speeds of up to 1GB to homes in Hong Kong this month.

Presently, the UK as a net oil exporter is benefiting from the high oil prices but when our own oil capacity runs out, we’ll suddenly feel the pain as oil prices elsewhere continue to rise to keep pace with Asia’s demand.

The UK is balanced on a knife-edge supported by a £Trillion of consumer debt and high house prices. It’s only low interest rates that keep us from being dragged into recession. In a place like Thanet, we need to ask where the jobs will come from that will make us competitive not only domestically but globally? 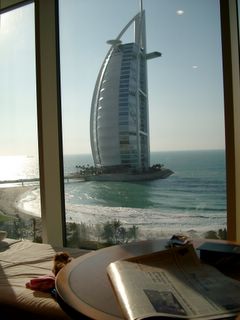 Another kind of seaside

As taxes rise, which is inevitable under any government, the burden will increasingly fall on the businesses and middle-classes in an increasingly dependent economy where over a third of the population are employed by the public sector. We need to understand as a society that simply sending everyone to university doesn’t solve the shortage of plumbers and electricians and that degrees in “Rock music” will not give us the skilled workforce that large international companies, such as Pfizer need, in combination with low taxation, to keep their businesses in the UK.

I see the mobile jobcentre rolling about Thanet on a regular basis and one day, one chap, assuming I was unemployed, even jumped out of it and asked me if I wanted to come in and find a new job. "What can you do", he asked?"

Do we have a jobs “task force” for the island and in it, anyone who really understands what the implications of a changing global economy might have on our local workforce? I wonder?