The howling gale outside may keep the voters away from the polling stations on Thursday. If you visit the very good Theyr weather site you can see an animation of tomorrow's weather which looks rather much like today in Kent but with the wind a little less strong. 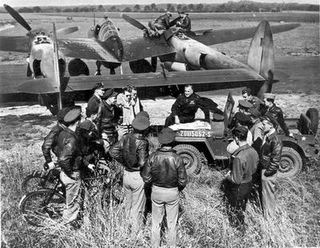 "Watch out for Tory anti-aircraft fire over Canterbury boys"

If we can get off the ground in the morning, I'm allegedly towing both the UKIP and the Labour Party election banners with Airads. This has already caused a few moments of humour today I'm told by pilot Bob Shilling. Apparently Birmingham Control asked him what he was towing and he told them, "The Labour party election banner", At which the controller replied: "Clear Off out of my airspace then", a non-standard ATC phrase, which apparently prompted some chuckles and comments from the pilots of other aircraft flying into Birmingham and Coventry airports on a rather dull Wednesday afternoon.

Pilot Bob has been awarded "The Order of the Red Banner of Labour", personally by the Prime Minister and can be seen in the final photograph, proudly wearing the awards won in action over marginal Labour constituencies in the North of the country. 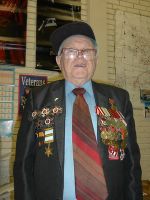