Britain hasn’t yet woken-up to the influence of Blogging to the same degree as the Americans have. In fact Weblogs are claimed to have made a significant contribution to the results of the last US Presidential election in the way in which they influenced local and national public opinion and only a week ago, I was having a conversation with one of our political parties, explaining how Weblogs can be enlisted to help shape ideas and opinions in the run-up to a General Election. 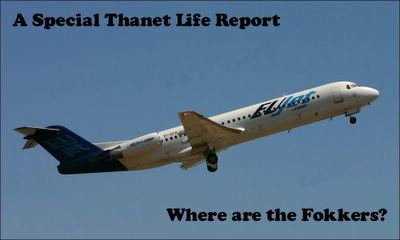 Weblogs are the modern equivalent of Pirate Radio Stations in the sixties and seventies. Visit www.blogger.com the site now owned by Google and you’ll probably discover that the great majority of Weblogs offer little more than tedious adolescent emotional graffiti or the personal diaries of many thousands of Bridget Jones clones. Like tuning a radio, among the static, can be found commentaries that draw one’s attention and increasingly compete with mainstream news sites as sources of opinion and information.

What business and even politics in Britain hasn’t yet grasped is the “Samizdat” nature of Weblogging. Samizdat was a grassroots strategy to evade officially imposed censorship in the Soviet-bloc countries wherein people clandestinely printed and distributed government-suppressed literature or other media. The idea was that copies were made a few at a time, and anyone who had a copy and access to any sort of copying equipment was encouraged to make more copies.

A popular Weblog that focuses on an issue or a company can pull the carpet out from underneath the feet or authority and thanks to the power of search engines, such as Google, direct a consumer’s enquiry to the very website that a large company would rather they did not visit.

I’ll offer a small example. I run a modest little Weblog called ThanetLife.com which focuses on life around my local community in Kent. ThanetLife issues and stories based, not particularly profound but is generating growing traffic because it offers uncensored comment on local matters. In fact, it’s triggered two local radio interviews, an “almost” face-to-face” debate with the Prime Minister and the site log shows it has been “spidered” by the BBC.

Because it’s Web-based, the Weblog is more agile than the local papers and has limitless space. Already and with an election looming, local politicians have noticed its potential but local business and the local council haven’t yet come to terms with how the internet can act as a lens to polarise local issues in a way that local radio and local papers can’t.

Of course, “Dog of the Week” has been a huge success but so has comment on cancelled flights on EUJet, our local budget airline, in alight-hearted piece called “Where are the Fokkers?” The important point however, is that Weblogs offer people a voice and a publishing reach that simply wsn’t possible in the past. A negative review of comment in a popular Weblog can be almost as bad for a business as an opinion-former as any similar piece in a national newspaper.

At a time when democracy and the privileges given to us as a society in Magna Carta, are being steadily whittled away by the arrival of a Presidential-style of government, Weblogging here and even in countries like Iran and Saudi Arabia remind us that the Internet, for all its problems, can drive the principles of free-speech and democracy forward in a way that was impossible in the past. The Weblog is the man-in-the-street’s equivalent of an aircraft carrier and while the great majority float aimlessly in a sea comment, some can make a difference and keep big business and politics honest in a world which tends increasingly towards the opposite.