A Slip and Trip Society

There are big variations in how many children from different neighbourhoods go to university, a report says. The most advantaged 20% are up to six times as likely to enter higher education as the least advantaged 20%.But is this a big surprise? The Government and BBC's use of "Advantaged" smacks of an unhealthy socialist regard for what "Advantaged" often means. It can for me and many of my friends, involve scraping and saving to send a child to a private school in a search for a better education rather than a wide-screen television and it can mean the defense of values that hold literacy and numeracy and even an appeciation of art, ahead of supporting Manchester United and the Big Brother House. 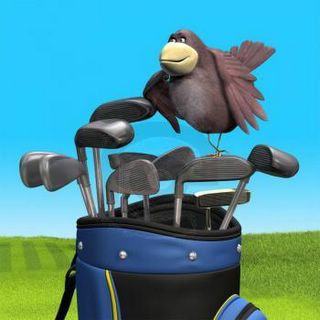 Of course there's a social and demographic gap. There always has been. I was told recently that the compensation culture also has a visible demographic mark. A lawyer told me that well-defined areas of the county, suburbs of somelarge cities, injury and accident claims are many times the national average. "We call them slip and trip claims", she said.

In the pleasant seaside area where I live you can spot the areas least likely to produce university graduates with little effort. After dark, groups of teenagers wearing cheap Nike caps and hooded jackets hang around on the street corners, occasionally throwing bottles at passing cars, mine even, as I discovered one night. For many of them, the Renaissance was something that happened to other people and the results are woefully visible in the local school league tables, one of which, adjacent to a notorious estate in Ramsgate, boasts some of the worst GCSE results in the country.

This is of course my fault and your fault, if you happen to be British and reading this. After all, if you can get this far, your'e educated far beyond the average and you should feel guilty that you are reading a Weblog and not out there on the street corner, throwing bottles at cars or watching soap operas on television.

Of course we should encourages and assist the talented in our schools and they shoul dhave an equal opportunity to study with everyone else. However, the answer is not to send every teenager to University, regardless of class and education. Each one then receives a degree, whether they have achieved a true pass or not and each one leaves university up to their ears in debt and mostly unable to find a job with businesses who know that a degree from XYZ City University means very little. They want quality and not quantity from the workforce.

The way society has always worked, is that an upwardly mobile generation aspires to something better for its children. There's absolutely nothing wrong with choosing plumbing and not sociology as a career, I wish I had the skills and the wage and so perhaps we should be encouraging more young people towards more useful and skilled trades, rather than offering them expensive pieces of paper. But for heaven's sake, let's not fall back on the class struggle myth that caused so much death and misery in the twentieth century!