Except that more 40% of the UK population hasn't a clue what Auschwitz the Nazi industrialisation of mass murder, was or represents! This represents a remarkable victory for our education system, mirroring the results of a recent poll over D-Day, "D wot mate?" 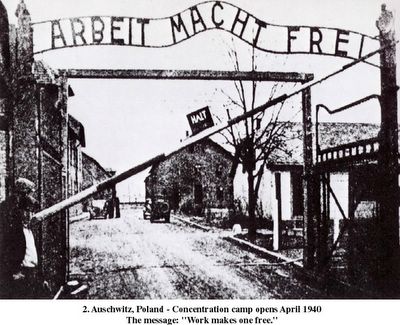 With more student than ever achieving Grade A GCSE results one has to wonder what on earth they are learning instead of history? They're not, it's all about social history these days I suspect and not about the ltrue lessons of history, such as the Second World War and Vietnam which repeat themselves quite happily for the benefit of uneducated men in position of power.

According to Conservative Party plans outlined today, children should be given compulsory history lessons up to the age of 16 to ensure "the survival of the British nation." David Starkey, the historian and broadcaster, welcomed the idea of making history compulsory up to 16.

"History is at least as important as science and much more important than English literature," he said. "You cannot actually be human without collective memory ... In this respect, the Tories are at least half right." See The Education Guardian.