Skip to main content
January 16, 2005
No Responsibility Only Quangos

Among the list of 168 “Quangos” that an incoming Conservative government has pledged to scrap, one in particular caught my attention, The Central Sponsor for Information Assurance (CSIA), which while helping to protect the country’s communications and IT infrastructure, the party claims, “overlaps the work of other bodies”, principally the NISCC, the National Infrastructure Coordination Centre, I assume. 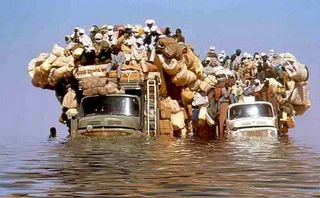 The Conservatives have been relatively astute in spotting that the CSIA, a legacy of the now defunct Office of the e-Envoy and a department of The Cabinet Office appears to have achieved very little in its short history of alleged quangoid existence. Apparently, its role: “Provides a central focus for information assurance in promoting the understanding that it is essential for government and business alike to maintain reliable, secure and resilient national information systems.”

Given that the people of the United Kingdom now finds themselves mired down by the constant danger of attack and criminal activity from the Internet, spending ever more for protection from a bloated information security industry, it is reassuring to read that “The CSIA will encourage a 'culture of security' regarding information systems across central and local government, the private sector as well as to the general public.”

If this is a question of the “buck” stopping somewhere, then the responsibility for our present mess should rest firmly with the CSIA, which, according to its Website, is supposed to “Provide a strategic direction for Information Assurance (IA) across the whole of the UK.” If anyone happens to have been offered such direction in the last twelve months, then please raise your hand.

I’m sure the CSIA must have delivered something of tangible value to the taxpayer but this is possibly a secret and like the other Quangos identified by the Tories, which include The Commission for Integrated Transport. The Public Services Productivity Panel and The Standing Committee on Euro Preparations, achievements are supported by a considerable weight of expensive research.

From where I sit, there is very little evidence of a national strategy capable of addressing even a small part of the challenge we are now facing from the Internet. Instead of a fully joined-up response to the problem, we appear to be tackling the danger by committee or worse still, through convoluted efforts of The Cabinet Office.

In the United States last week, the Los Angeles Times reports that, “Both beginners and veterans are finding the Interweb experience so repellent that they're disconnecting in droves, blaming malware and spam. Despite an overall increase in numbers of humans connected to the internet, the mass turn-off is beginning to hit ecommerce in the United States.” In the same week, A British man who worked on a help-desk for a software company was been jailed for fourteen years for his part in the largest identity theft in history; stealing the identities of 30,000 Americans and netting $100 million dollars from rifled bank accounts for his Nigerian gang masters.

While most activities, legal and illegal are bigger and more ambitious on the opposite side of the Atlantic, they invariably have their imitators on these shores and the evidence of a single week’s press clipping in January 2005 tells us that someone needs to take charge in this country as a matter of urgency.

Should the CSIA be scrapped then? If it’s failing to deliver against its purpose, then possibly yes but given the enviable track record of indecision from of the present government, all we are then likely to be given in its place is yet another Quango to protect us from the darker side of the Internet.