Both beginners and veterans are finding the Interweb experience so repellent that they're disconnecting in droves, blaming malware and spam. Despite an overall increase in numbers of humans connected to the internet, the mass turn-off is beginning to hit ecommerce in the United States.

"Instead of making life easier — the essential promise of technologies since the steam engine — the home PC of late has made some users feel stupid, endangered or just hassled beyond reason," writes Joe Menn, who penned the definitive book on the Napster phenomenon.. 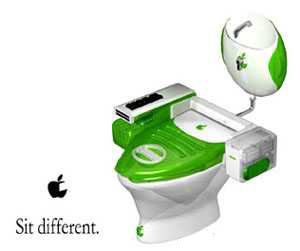 A recent survey estimates 80 per cent of PCs are infected by malware. The speed with which an unprotected labs was infected - just four minutes - bears that out. And there's little sign of respite. Malware authors are creating 150 zombies a week!

Anonymous said…
Beware of Sony - it's only a matter of time before they destroy apple's dominence in the MP3 arena. They are still the king's of consumer electronics -