For the information technology industry, 2005 will mark the first year of economic recovery in tandem with an exciting new wave of device convergence which will introduce the benefits of a digital lifestyle to a much wider audience than ever before. 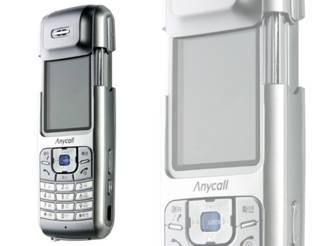 The signs are there to see. Investment funds are bullish on technology for the first time since the Internet bubble burst in 2001 and for further evidence, I’ll offer you exhibit “A”, my wife, who in the space of two weeks, has changed from being a reclusive GSM phone owner and has instead discovered the world of ‘3G’, now she has a Motorola smart phone with a digital camera and her own email address.

Do you own an Apple iPod? I don’t but I have a Creative Zen music player which seems just as good and I’m now downloading my favourite music from Tesco, Napster and MSN Music. Where Personal Computer growth has been slowed by an absence of new and exciting applications, it’s the smaller devices, cameras, iPods and PDAs that are now providing the compelling argument behind any new Personal Computer purchase, as the one environment which pulls all one’s digital content together for editing and storing.

This is only the start, which explains why Bill Gates is so excited by the speed at which the digital device space is expanding. In Europe, we remain poor relations in contrast with the mobile device space in Asia but slowly, painfully and expensively with are starting to catch-up with the Japanese and the Koreans who might regard any suggestion that a 256Kb home connection to the Internet could be classified as Broadband, with the contempt it deserves.

Leaving aside the mess which characterises our domestic Broadband market, the convergence of digital content and communications in small, mass storage device, is the way ahead. On the mobile telephony side, the results are frequently poor, one example being my Sony Ericsson P900 phone, already out-of-date and which does just about everything badly and nothing well, when it comes to digital content management. In contrast, Samsung has now begun selling a cell phone that includes a 5-megapixel digital camera with a shutter speed that reaches 1/1000th of a second, and a one hundred minutes of video storage capability. Most of us with PCs now own a digital camera and these are becoming so cheap that a photographer friend worries what the future will hold for his profession.

The next step up on the digital ladder is illustrated by Apple’s iPod Photo, which as its name suggests, integrates a 25,000 digital photo store, with all one’s favourite music in a single lifestyle device. Still too pricey and with a screen that could be greatly improved, wait for Christmas 2005 for the arrival of slimmer, cheaper imitations; perhaps a further evolution of the Creative Zen Portable Media Center and what’s bound to be an improvement from Apple, which has realised that selling music and cool-looking devices the size of cigarette packets, can be a lucrative as selling equally style-conscious computers in an overcrowded Personal Computer commodity market.

It’s all very well to be cool but where the market still fails is not in size or imagination but in configuration and ease of use. It took me thirty minutes with Vodafone support to configure email on my wife’s Motorola phone correctly. Apparently most of these now come pre-configured but many don’t. This repeated my own experience with a Sony Ericsson P900 which appeared to have been pre-configured for Bateleco in Bahrain. MP3 devices and digital cameras are now almost functionally transparent to the end-user but mobile phones, which are owned by more people than any other device are complex to configure, follow many different standards and while visibly “cool”, often defy any concept of configurable simplicity.

Last year, I threw out my Compaq iPAQ in preference for a smart phone and discovered that in doing so, I had lost about three years of equivalent speed and functionality. As an example, Vodafone support seemed surprised that I had over five thousand addresses in my outlook address book and equally surprised, when after an hour’s replication, they were finally carried over to my phone, which still has a habit of losing appointments, which it arbitrarily deletes without asking.

2005 has to be the year when manufacturers of any and all devices realise that communication between what one holds in one’s hand and what sits on one’s desktop or on the Internet has to be a joined-up experience. Today, like the proverbial Curate’s egg, “It’s good in parts” and this has to change if Apple and Microsoft’s vision is to be realised and with it an imagination that sees rich data, pictures, music, messages and much more as a well-integrated extension of language and expression and not simply as examples of what can be achieved from a growing arsenal of isolated “cool” devices.