It wasn’t the gifts, the weather or even the declining standard of BBC programming that made Christmas memorable this year, it was the number of virus attacks that were aimed at my email address over the holiday weekend. 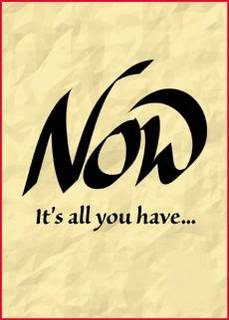 We’ve all come to expect these as an unfortunate fact of life that like Spam, are either deleted by the Outlook or ISP filters or find their way, like virtual suicide bombers, through gaps in one’s defences and then try and wreak havoc, as part of some corrupted version of the message of goodwill to all men.

To be honest though, there are now so many viruses in circulation and so many tens of thousands of personal computers connected to “bot nets” around the world that attacks aren’t personal, they are indifferent and automated, with millions or email addresses harvested from websites and address books being hammered by what resembles a Chinese menu of virus and worm types, 24*7*365 and with no sympathy for Christmas or EID or any other calendar celebration.

We can take steps to educate the population of the UK over good security practise and at a domestic level; it may marginally reduce the damage to confidence and data together with the element of risk being attached to any Internet connection. There is however, very little we can do to influence behaviour elsewhere and at the level required to have any real impact on the problem that others like me may be experiencing on a daily basis.

As an example, let’s take the prestigious Graduate Institute of International Studies in Geneva with the URL; www.hei.unige.ch/ . I’ve seen this address before over the course of 2004 and it’s stuck in my memory because it’s a Swiss domain and an observably regular source of virus attacks on my own email address. I doubt that the Institute is aware of this or if they are, whether they are able to stop it, as perhaps their domain is being spoofed or maybe, one of their student PCs is infected. The end result however is that they and thousands of other addresses, appear to be a source of inconvenience, if not a serious threat to the rest of us, over geographical distances and with very little or nothing we can do about it.

In my last column, I mentioned a large international hotel chain with a similar problem. The IT Director tells me that after checking, they can’t find a problem or an open SMTP relay but just after he disappeared for Christmas, leaving his out of “office agent” offering seasonal greetings in German, an email I sent with a record of virus attacks was returned, by his Server, complete with a company address book of executive email addresses. This is crazy and makes a complete mockery of sensible information security practise but in many countries within Europe, this represents the norm and not the exception.

For many of us, it appears that the only available option is to change our email addresses almost as often as we change our socks. Having an address such a Simon.Moores is no longer viable in the present climate unless one expects to have ten times more junk and viruses in one’s inbox than legitimate email. In fact, on a GPRS phone, it’s an expensive liability, when calls are charged by the kilobyte.

But if I change my email address to $%1@Zentelligence.com it doesn’t mean that my domain, like others, won’t remain a target for tens if not hundreds and thousands of automated attacks.

The hard truth is that 2004 marks the year that viruses developed sufficient critical mass on the Internet to develop an independent existence of their own, replicating across the Internet beyond the control of our attempts to contain them.

Ten years ago, when the Internet started to make its presence felt in the public domain, it came with an atmosphere of optimism and opportunity, today it’s an environment wrapped in risk and suspicion with no end to its problems in sight. We’ve come too far, we can’t turn back and we don’t quite know where the road ahead will take us.