"The sea went out for miles, which was unusual and then this giant wave came."
Tsunami Survivor interviewed at Heathrow airport.

The weekend’s deadly Tsunami reminds us that many of the planet’s most popular and exotic holiday locations are within range of the volcanic “Ring of fire.” 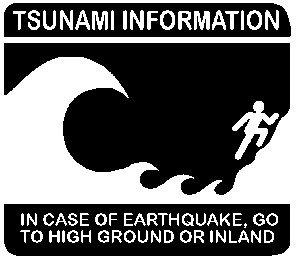 I wonder, if Krakatoa had erupted a hundred years later, a single heartbeat in geological time, what the devastation might have been. Closer to home, a million people now live in the shadow of Vesuvius, which will, one day, repeat the events of AD 79, one hundred or one thousand years from now.

Catastrophes of the kind we’ve witnessed this week are regular events in our history but it’s only in the last twenty to thirty years that satellite television and global tourism have given brought them closer to home and in that time, other than the terrible earthquakes in Iran or Turkey, we haven’t seen an event that really impacted us in Europe. In the United States, Mount St Helens was far enough away from the centres of population to be a larger news story than a catastrophe and in general, we all suffer from complacency, forgetting that events of this kind happen once or even twice in each lifetime or if it’s a large meteorite or asteroid, every seventy million years or so. In fact, I think is was about nine thousand years ago that a huge tidal wave devastated Scotland and so no place on the planet can really be considered safe from nature.

What amazed me, watching the BBC and Sky News coverage of the Tsunami in Thailand and Ceylon, was the number of people returning to the beach to film or take photos in the aftermath of the first wave. The effects of a Tsunami are described in countless books and many television documentaries that I’ve seen. The sea recedes unnaturally and very quickly from the beach, leaving fish and boats stranded. If you see this sign, you start running as quickly as you can in the opposite direction towards high ground or any large concrete building higher than thirty metres if neither of these are available, a tree may be the only option. Once the first large wave has destroyed everything in its reach and if you happen to be alive, don’t return to the beach because Tsunami are like the ripples that follow a stone being thrown in a pond, they keep on coming until the energy that created them is exhausted.

Thousands of people, particularly those with children, never had the time to run and in many cases, nowhere to run to.

It’s easy to make remarks like this following such a tragic event but I do wonder how many people became victims of their own curiosity and desire to take unusual photographs of one of nature’s grandest and most deadly spectacles? However, my heart goes out to the many thousand of people who have lost friends and loved-ones across the Indian Ocean.