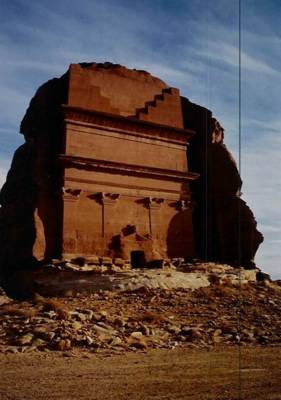 A temple carved from the rock from Petra's sister city. 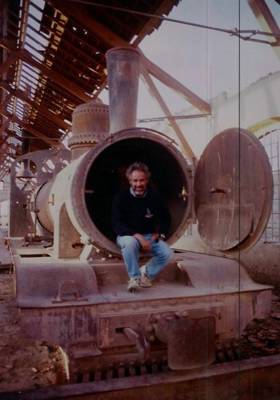 One of the trains, sitting where T.E. Lawrence left them with Dr Paul Garnett as the passenger 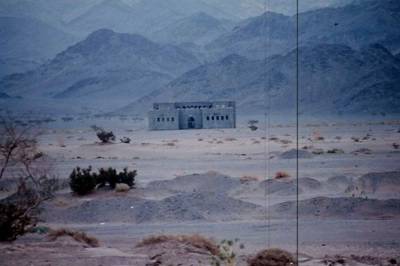 More photos Medain Saleh can be found on THIS Site - Apparently you can catch a tourist bus these days, rather different from risking life and limb to cross an unfriendly Saudi Arabia twenty years ago!