Under the harsh glare of the South Arabian Sun, we climbed into the shade of ancient fortress at Nizwa, once the capital of Oman and now a tourist attraction, a hundred miles from the coast. 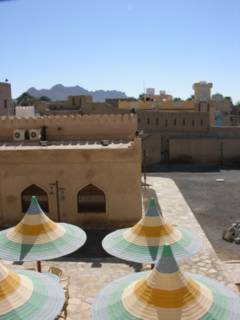 The City of Nizwa

My companions, the athletic, chisel-jawed Neate of the Yard and New York computer science Professor, Jim Lawler, eyed the smiling native children who followed us warily. They had never seen a professor or a hi-tech crime policeman before and although they welcomed us with traditional cries of “Hello Mr” they were heavily armed with ancient canon! 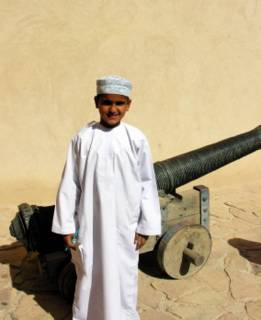 Lawler, an accomplished Arabist and Special Forces veteran, entertained the children with his sleight of hand, causing small lizards to appear, as if by magic from beneath his Stetson. A legend among the nomads, Lawler was a natural successor to the desert explorer, Wilfred Thesiger, having crossed the barren ‘Empty Quarter’, in both directions, on a mountain bike in the middle of summer, armed only with a bicycle pump, a single bottle of Jack Daniels and a large cigar…… 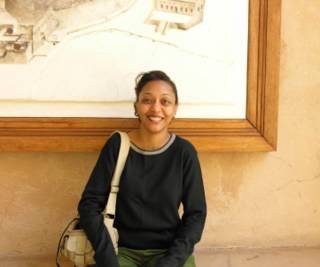 I could go on with this story, sitting here in the aircraft, waiting for the doors to close and the long British Airways flight back to Heathrow to begin. Across the aisle sits a man with a magnificent beard, who might be the comedian Alexi Sayle or his twin but I’m not completely sure. Immediately next to me is Tony Neate, who is once again pouring through his emails. His Internet crime prevention presentation on Saturday morning was greeted with polite applause by a large audience of Omanis from policemen bankers and members of parliament to senior businessmen who had never heard of a botnet and wanted to know what to do if they found one.

Crime is something of a rarity here in Oman but the arrival of the Internet has introduced a new dimension which is forcing them to reconsider their ideas, bringing global problems which may soon demand local solutions

Back in the desert oasis of Nizwa, Lawler has demonstrated his taste for the exotic by eating a ten course local meal followed by a rendition of “We wish you a merry Christmas” in perfect colloquial Arabic……..

The doors are closing and I’ll be told to switch-off my laptop soon. My policeman friend is torn between the latest Harry Potter film and a “A Sharks Tale” as his choice of in-flight movie. The former involves witchcraft and murder and the latter, kidnapping and extortion by a gang of organised sharks. Me? I’m going to sleep my way home to Heathrow if at all possible.

Meanwhile, in the rear of the aircraft, our gallant Professor is now surrounded by admiring female flight attendants, hypnotised by his charm and who have quite forgotten to serve any drinks to the rest of us. The party could go on all night.

Time to go. Back to the cold and foggy embrace of home.

Any resemblance to persons living or dead is coincidental.