Skip to main content
December 02, 2004
Do they Know It’s Christmas?

I had just returned from towing an advertising banner behind an aircraft over Kent, when I happened to read last week’s Computer Weekly headline: “Banner ads the latest target of worm attacks.” 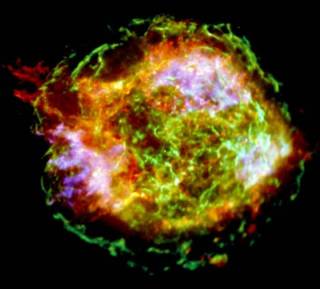 It struck me then that traditional methods of non-conventional advertising now looked rather safer to the consumer than the risk of being lured to a rogue advertisement on the Internet with a hidden payload of misery waiting for whoever happens to click on it. The sheer number of exploits now aimed against advertising sites must come as a worry to the industry. After all, when even reputable, brand-name sites, are revealed to have been carrying malicious code, sensible consumers are going to think twice before opening any advertisement on the Internet these days.

With the Christmas holiday only two weeks away, the sales are already in full-swing at the big computer warehouses. PCs are now very much in the household commodity range and many businesses are starting to reasonably expect that their employees own a broadband connected PC at home in much the same way that they would expect them to have a television and a dishwasher. This Christmas, we can expect to see another surge in PC ownership and with it, tens of thousand of families becoming constituent members of Broadband Britain; however this rapid growth in connectivity is also likely to fuel a proportionately aggressive increase in efforts to attack and exploit anyone connected to the Internet. Regardless of all the efforts of industry and government, the bulk of the population, simply cannot be expected to be computer-literate enough to avoid the dangers of life on the information superhighway. Not one of my immediate friends and family, outside of the IT industry, has a real clue, when it comes to protecting their systems beyond relying on pre-installed anti-virus software, which is invariably out of date.

A year after a great many more promises were made about trustworthy computing, when one buys the latest and shiniest offering from PC World or Dixons, it’s not going to last very long once it’s connected to the Internet.

Most recently Avantgarde, a San Francisco marketing company, asked the legendary super-hacker turned consultant Kevin Mitnick and author of ‘Hack Proofing Your Network’, Ryan Russell, to perform an experiment. Six “Honeypot” computers were connected to the Internet using broadband DSL connections and were then monitored them for two weeks. The results will come as a sobering lesson to all of us.

One PC with Windows XP (SP1) was compromised in less than four minutes and over the two week period, 305,922 break-in attempts were logged. The Windows XP (SP1) machine reportedly sustained 139,024 break-in attempts averaging 341 attacks per hour. A very good reason, unless you happen to be the Department of Work and Pensions, to make damn sure you are at least using Window Service Pack 2.

The moral of the experiment is that Service Pack 2 visibly increases your odds of survival quite dramatically but it’s where the security should start and not where the consumer often thinks it ends. Firewalls should be mandatory but sadly they will remain a mystery to the greater part of the PC owning population.