For want of anything more exciting, other than completing my tax return, I’ve just flown over to Lydd for a coffee and to load up on fuel. Pretty grey and miserable over there but the landing fee is now only £8.00 and the new runway 21 /30 is smooth enough to play billiards on. 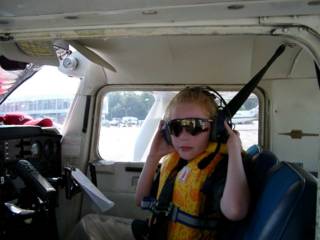 On the way back, the weather opened-up into one of those spectacular North Kent winter days; dark glasses required. This small area where I live on the Isle of Thanet enjoys different weather to the rest of Britain at times, perhaps something to do with it being a peninsula, with sea on both sides?

I’ve just filled-up my first logbook, which in General Aviation terms, gives me a relatively respectable five hundred hours of experience on over a dozen aircraft types. Mind you, there’s always something new to learn and flying, while appearing mundane, always has its little surprises if you err on the side of complacency.

My first piece for Pilot Magazine appears on January 16th and now I'm looking for another experience and aircraft to review. Lydd Air have kindly offered me a co-pilot seat on one of their Trislanders, perhaps on the newspaper-run to Jersey. A one O'clock in the morning departure sounds great but may require an intravenous supply of black coffee.

As far as I can see, the world is on vacation this week but I worry that someone I know will have been caught up in the disaster in the Indian Ocean. Lots of people in the IT industry will have headed in that direction for Christmas and I hope that all returned home safely.