I’m annoyed. Over the past weeks, I’ve been receiving a constant flow W32-sober virus attacks, ostensibly from the Server of an international hotel chain based in Germany. Being a “distributed” business, their website doesn’t actually provide a head-office number and the best I’ve been able to do is complain to an international reservations number and ask them to pass the message on. Until then, the emails keep arriving. 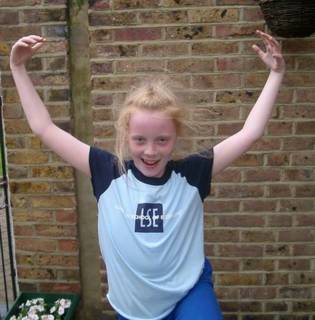 Charlotte Moores Showing the size of the computer worm problem

Now this could be a spam-attack, “spoofing” the hotel chain’s domain name. It’s very hard to say once Norton has quarantined the emails and it’s really quite academic. If indeed, the hotel’s address book has been compromised, then there must now be a great many angry customers and even if it hasn’t, the damage to brand and reputation still remains.

This month, I chaired the first eCrime Solutions seminar in London. It’s a spin-off series from the annual eCrime Congress and is supported by the National Hi-tech Crime Unit. If I’m honest, the content gave us very few reasons to be cheerful about 2005. As the police work overtime to identify and convict the people responsible for a growing barrage of Internet fraud, extortion and vandalism, for every one arrested, here or abroad, another two appear to be ready and willing to step-in and take their place. To illustrate this growing enthusiasm for on-line fraud, The Anti-Phishing Working Group reported there were 6597 new, unique phishing email messages in October 2004, compared to 2158 such reports in August. According to Gartner, the financial services industry is now feeling the pain. In the year to April 2004 phishing scams cost banks and credit-card companies $10.2bn (£5.4bn) and I would expect this might double by the time the next set of figures are released.

Of increasing concern to businesses and institutions are signs of a growing loss of confidence in the Internet as a safe transactional medium. Tens of thousands of people may be using the Web, as I do, quite safely and happily but at Christmas, thousands more rush out to PC World to buy what has become just another home entertainment commodity, the Personal Computer and many of them have every reason to worry over plugging-in a Broadband connection. A recent series of tests showed that a Broadband Personal Computer with Windows XP (SP1) was compromised in less than four minutes with an average of 341 attacks per hour. Put Windows XP with Service Pack two with a Zone-Alarm firewall in front of the connection and this drops to an average of two break-in attempts per hour, so best upgrade as quickly as possible.

From personal experience over the last week, the population of home Personal Computer users appear to fall into two categories, those like my father-in-law, who is so worried by the possibility of fraud, that he’s not going to risk connecting his brand new Hewlett Packard PC to the Internet and those, like my immediate friends, teachers, and other professional people, who are so riddled with malware that they have no real idea of what they can do to clean their systems, other than take them to a small local dealer, who has a healthy business cleaning up the damage, frequently caused by their teenage children.

In February, we will see the launch of Project Endurance, an initiative that brings banks, business and industry together in an attempt to educate and inform the consumer on the dangers of life on the Broadband superhighway and how best to avoid being infected by a virus or having one’s computer turned-into a zombie. Endurance should be welcomed but the very scale of the problem now means that it’s two years too late. Two years ago, I warned government that as many as 5% of the UK’s Broadband connected domestic PCs might be compromised and today, I believe the true figure may be well in excess of 10%. How do you convince a million people to run the latest anti-virus checker on their computers and put a firewall between them and the Internet? I don’t know but over the past weeks, I’ve been begging an old friend to check her PC, because I’m being battered by regular virus attacks which I suspect are coming from her machine. Last night she answered, “I’m really busy at the moment; no wonder my PC is not working properly. I’m getting all kinds of strange messages and cannot open WWW pages. Next year I’ll take care of all!”

If I can’t name one friend, working outside IT, who has a properly working and secure Personal Computer, then 2005 may well become the year that many people decide that the risks of an online existence are now greater than the benefits. What do you think?